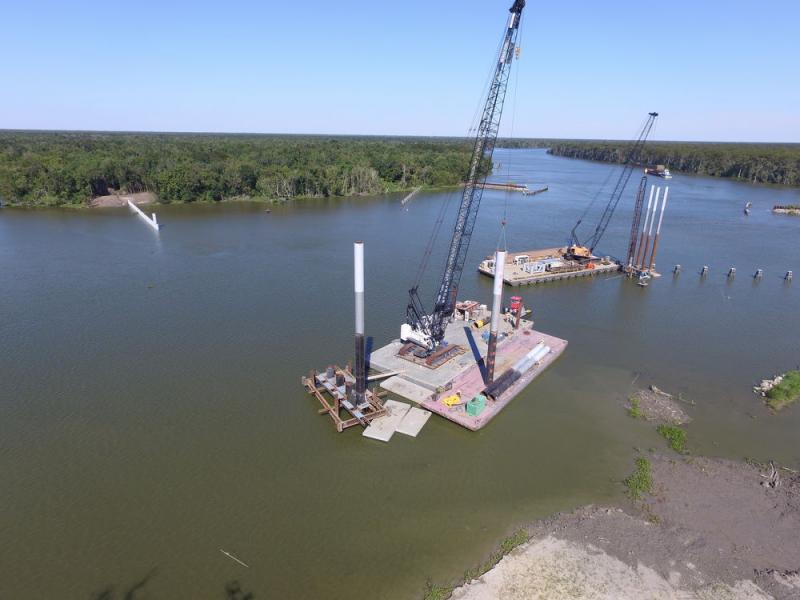 Work is under way to construct a permanent floodgate on Bayou Chene near Morgan City, La., that will provide backwater flood protection for six parishes in the path of Mississippi and Atchafalaya river overflows that result from high water events.

Bayou Chene, approximately 9 mi. southeast of Morgan City and 50 mi. south of Baton Rouge, was first settled in the 1830s. During high-water events on the Atchafalaya River, Bayou Chene has been a major conduit for backwater flooding in the parishes of St. Mary, Terrebonne, Lafourche, St. Martin, Assumption and Iberville. High water flowing down the Atchafalaya past Morgan City will turn and head northwest up Bayou Chene into the Lake Palourde and Lake Verret watersheds, causing flooding across that region.

The area has experienced a number of floods since the early 20th century, but three major floods in the last 10 years led to the decision to find a permanent solution.

"Backwater flooding in St. Mary and neighboring parishes has increasingly been a problem over the past decade as the Mississippi River and in turn, the Atchafalaya, has reached flood stage," said Gov. John Bel Edwards.