Gulf of Mexico
Some of the damage at Port Fourchon as seen from a plane the day after Hurricane Ida made landfall. Credit: US Senator Bill Cassidy. 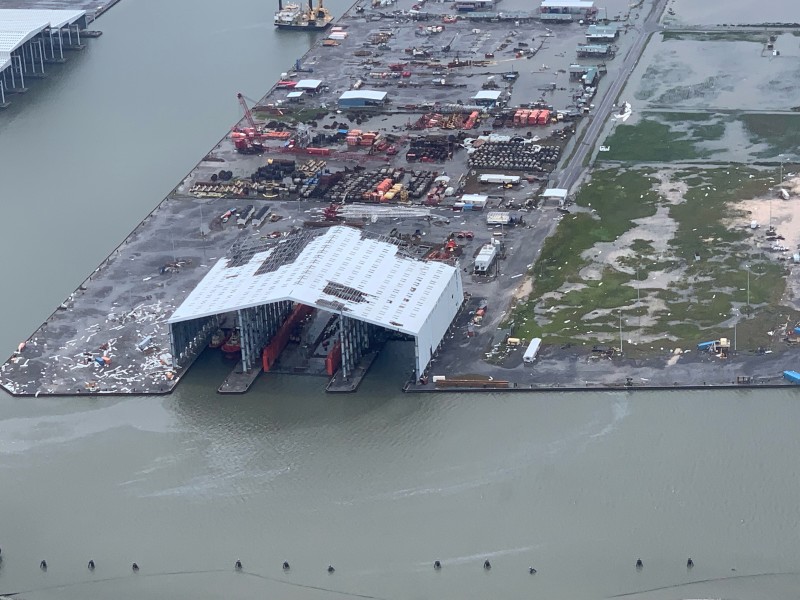 LA - Port Fourchon Staggered by a Direct Hit From Ida: How Long Can the Oil Port Remain Above Water?

Port Fourchon is close to the offshore oil platforms in the US Gulf, but it is also at the southern edge of Louisiana where the land is fading away.

Port Fourchon became momentarily famous when it was reported that it was the landing spot for one of the most powerful hurricanes to ever hit Louisiana.

Two days later crews were clearing the debris from the only highway that serves the port to begin evaluating the damage caused by the hurricane, whose 150 mile per hour winds pushed a wall of water over the vital offshore oil supply base that is barely above sea level.

There is no quick fix for what has been broken there. “There is no electricity and there will be no electricity for a long time. In our community we have no running water,” said Chet Chiasson, the executive director of the port in an interview with National Public Radio. “We will come back as soon as possible, but the bottom line is there is a long road ahead.

“There are vessels in places where they are not supposed to be, to say the least,” he noted. The damage to the fleet of supply vessels serving offshore producers, particularly those in deep water, appears limited.

Only about 40 vessels rode out the storm in the port, according to a report from the newspaper, Houma Today, which said in normal times more than 200 vessels will be in port each day.

Repairs will take weeks of work—Chiasson was unable to say how many.

But the hurricane also represents a dramatic event in the sea’s relentless advance over what was once swampland and marshes.

The port’s tenuous position was described in a paper (OTC 30940) presented at the recent Offshore Technology Conference by two metocean engineers from Shell, Octavio E. Sequeiros and Sergio Jaramillo.