Gulf of Mexico
U.S. Sen. Bill Cassidy, R-LA, left, talks about what it takes to try and restart the economy looking at infections as Gov. John Bel Edwards watches during a press conference at the GOHSEP Friday April 24, 2020, in Baton Rouge, La. STAFF PHOTO BY BILL FEIG 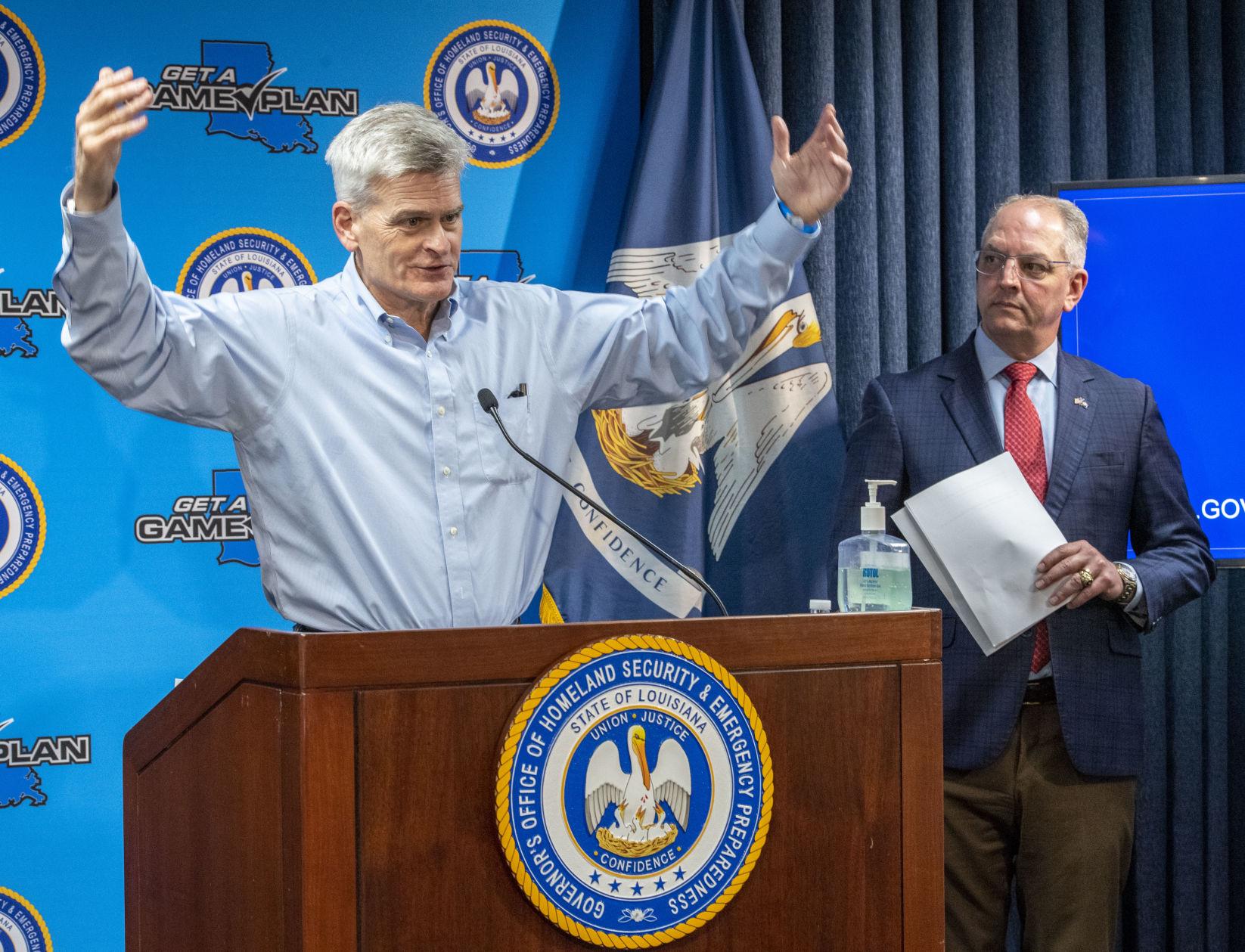 LA - Our Views: Great American Outdoors Act should work for every state, including Louisiana

The Great American Outdoors Act sounds as patriotic as apple pie, and we agree with the overall goals of the bill, which would provide $900 million a year to improve national and local parks and wildlife refuges, plus $11.9 billion over five years to address a backlog in maintenance on public lands.

But like many pieces of legislation that go through Congress, the bill — which the U.S. Senate passed 73-25 recently — creates winners and losers among states. Louisiana and the other Gulf Coast states that support offshore energy production are among the losers, because a source of the new spending is revenue from outer continental shelf oil and gas production, mostly from the Gulf of Mexico.

The state won a share of those royalties with the Gulf of Mexico Energy Security Act of 2006, authored by former Democratic U.S. Sen. Mary Landrieu, but GOMESA included a cap limiting the total amount of revenue received by the Gulf states to no more than $375 million a year. The state’s Congressional delegation has been trying to eliminate the cap for years.

Louisiana wouldn’t lose money it’s now getting under the bill’s terms. But the legislation offers a prime opportunity to fix GOMESA’s shortcomings and secure more money to rebuild the damaged coast and shore up hurricane resilience.

Louisiana’s Republican U.S. Sen. Bill Cassidy argues that it’s a matter of fairness, because the bill guarantees a set amount of money will go toward more sparsely inhabited interior and western areas but doesn’t address environmental needs along the more populated Gulf Coast. He offered an amendment to remove the cap, arguing on the floor that “its goals are consistent with those of the Great American Outdoors Act: to protect our environment.” When it was not included in the final version, both he and his Republican colleague John Kennedy voted no.