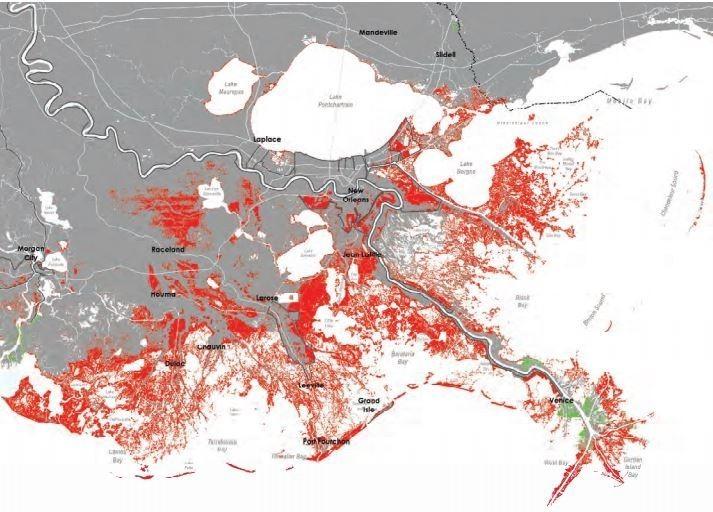 LA - Our opinion: More ominous news for coastal communities like ours

Residents of Terrebonne and Lafourche are used to getting bad news about the area and state’s vanishing coastline.

Unfortunately, another does of it came this week in a new study that finds the rate of sea level rise is accelerating along the U.S. coast. More specifically, the rate recorded at Grand Isle, an average 8 millimeters a year between 1969 and last year, is among the nation’s highest.

The report’s key message “is a clear trend toward acceleration in rates of sea-level rise at 25 of our 32 tide-gauge stations,” institute emeritus professor John Boon said in a statement. “Acceleration can be a game changer in terms of impacts and planning, so we really need to pay heed to these patterns.”

You can read more about it in a USA Today story on the front page of today’s Courier and Daily Comet. But the basic findings are similar to other research that has accumulated over the years. Scientists say global warming will continue to cause seas to rise, threatening coastal communities around the world. Terrebonne and Lafourche are not exempt, and this and previous research have measured rising seas at Grand Isle and other points along the Louisiana for decades.