Gulf of Mexico
The envisioned project will feature a lagoon inside a swimming area and a rental area for kayaks, add more areas of sand beach and, more all located near the Island View Casino resort. The location was chosen based on its proximity to restaurants, hotels and shopping centers for tourism.(Clearwater Project) 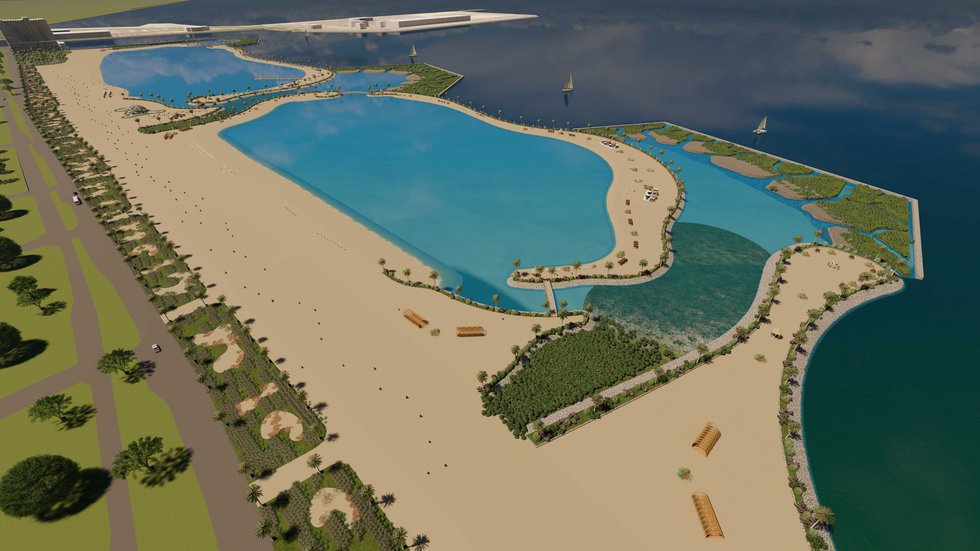 GULFPORT, Miss. (WLOX) - Gulf Coast Development and Design proposed a project that its owners say would incorporate natural features for coastal resilience and increase water clarity along the beach in Harrison County.

The site would be located next to the Port of Gulfport. The idea, presented to Harrison County’s Board of Supervisors, is aimed at protecting the shoreline from hurricanes and beach erosion as well as improving water quality.

The envisioned project will feature wave attenuation devices (WADs), marsh and oysters around the current deep-water poles (approximately 1,000 feet from the current shoreline). Inside these features, a lagoon-style swimming area would be created, along with potential locations for kayak rentals, more areas of sand beach and more, all located by the Island View Casino resort.

The location was chosen based on its proximity to restaurants, hotels and shopping centers for tourism.

Gulf Coast Development & Design Co-owner Kenneth Jones said the current $22 million project site is one mile wide, stretching from Island View Casino to Canal Road but may be broken up into two or three smaller areas in Harrison County.

Jones said it’s a lot of money, but he believes it will help lower future costs for coastal restoration.

“Currently we have spent over $2.5 billion since Katrina on Coastal Improvements including major things like filling in Camille Cut in Ship Island. Many of these projects are great, but don’t do a lot to protect us against future storm damage,” Jones said. “When you look at the grand scheme of what we’ve done and really haven’t done a great job of coastal resilience, $22 million doesn’t seem like a lot of money to actually prepare us to weather future storms.”