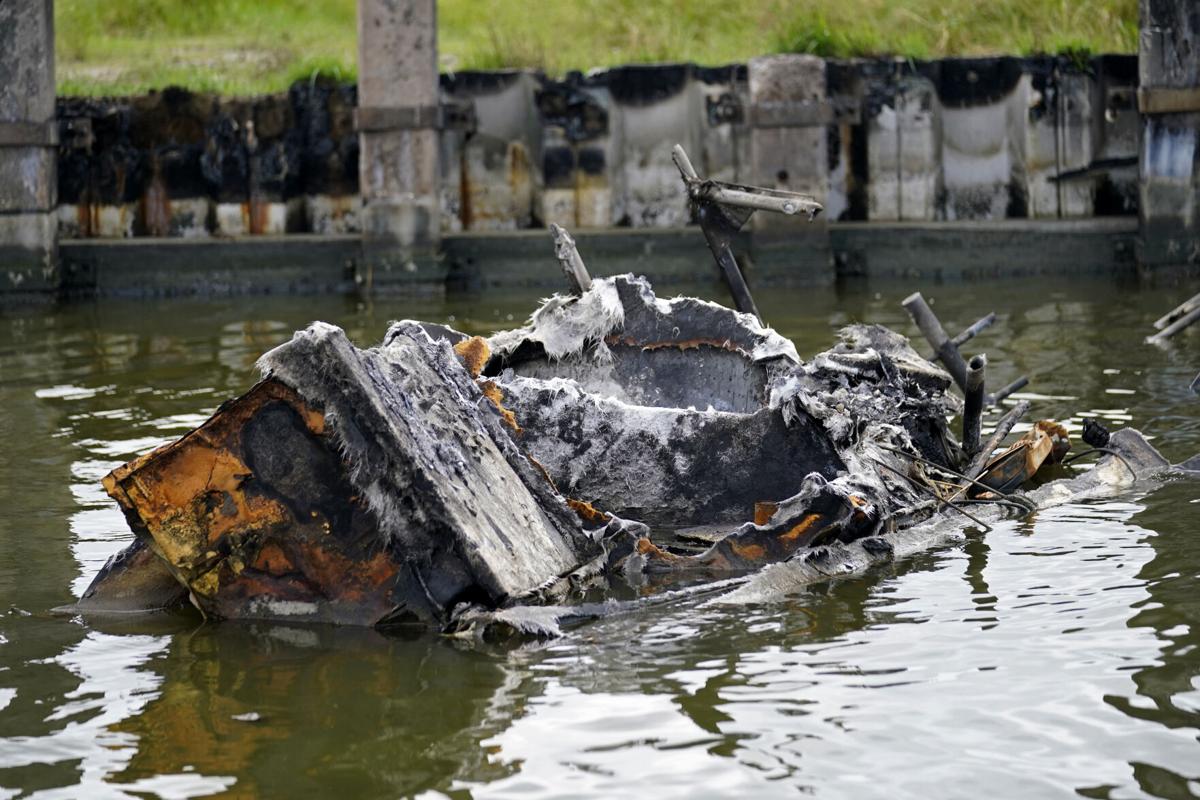 LA - On Their Ends: Years of flooding and catastrophic storms have Louisiana's seafood industry on the brink

For Scott Maurer, working in the oyster industry in southeast Louisiana lately has just been hit after hit.

There are the periodic openings of the Bonnet Carre Spillway, which have happened with increasing frequency over the last several years, wiping out his Grand Isle farm each time.

Then came COVID-19, which shut down restaurants and bars for much of 2020 and tanked the demand for oysters.

Just as restaurants were reopening last fall, Hurricane Zeta swept through, destroying his farm once again.

And that was all before Hurricane Ida made landfall at Port Fourchon on Aug. 29, which decimated Grand Isle — and his farm.

“We didn't have much to lose going into this because we already lost everything,” says Maurer, who runs Louisiana Oyster Co. “That's the hardest thing.”

“Every event that happens cuts our production in half at least,” he adds. Before climate change-related events started impacting him in earnest, “I was up to 3 million oysters on my farm.”

This time around, Ida spared only Maurer’s smallest boat. In early October, he told Gambit it’s the only one left operating in the Grand Isle oyster fleet, so he’s sharing it with other farmers who need it.

More than a month after the storm, Maurer’s story isn’t uncommon in Louisiana’s biggest fishing and seafood towns, which were hit hardest by Hurricane Ida. The storm capsized boats, obliterated equipment and buildings, and left many without usable running water.

It’s left one of the state’s largest industries — worth an estimated $2.4 billion — in shambles and its workers uncertain about what the future holds.

Marcus Coleman, an assistant professor at Tulane University who specializes in food systems, says the state is already seeing short-term effects on seafood supply from the storm and that the industry will be dealing with long-term effects for the foreseeable future.

“Ida is a situation where the eye of the storm essentially ran right through the heart of Louisiana's seafood industry,” Coleman says. “The retail level impacts will be seen all across the country for those who really rely on Louisiana and Louisiana seafood production to feed their consumers.”

Patrick Banks, assistant secretary of the Louisiana Department of Wildlife and Fisheries, says he predicts the state will see a decline in seafood production through the middle of 2022, which could mean higher prices.

Coleman says the industry was just starting to come back from reduced demand due to the pandemic. Now, it’s facing supply shortages due to damaged products and many fishers and catchers still unable to get back on the waters because of damaged equipment or being displaced by the storm.

Lt. Gov. Billy Nungesser, who heads the state’s tourism office, says Lafourche has reported 54 boats sank; in Golden Meadow, they lost an estimated 30% of the fleet.

“You had a situation where boats were damaged, you had docks where they come in are damaged, you have processing houses that were all damaged,” Coleman says. “And so that really affects the total supply chain of how we get Louisiana seafood-based products from the Gulf into other areas of the country.”

Nungesser says his office estimates about 23,000 of the state’s 35,000 seafood workers have been significantly impacted by Ida. And when such a large industry is impacted, the whole state suffers, especially when you consider that approximately one out of every 70 jobs in the state is related to the seafood industry.

On top of the widespread damage, the storm also caused those in the seafood industry to lose at least a month of business. Fishers weren’t on the waters catching product and businesses weren’t able to open to sell it.

That’s particularly brutal for the shrimping industry, as September is a big month to catch large shrimp before cool fronts start moving in. Kim Chauvin, who owns several shrimping businesses in Terrebonne Parish with her husband, says typically in September they’ll process 300,000 to 500,000 pounds of shrimp to freeze and last through Lent.

“That ain't happening this year,” she says. “We'll be lacking some shrimp.”

Chauvin says they’re down 200,000 pounds of shrimp that they usually sell to restaurants, grocery stores and seafood markets. Terrebonne, Lafourche and Jefferson parishes, which produce much of the area’s shrimp, have been hit so hard that she predicts restaurants across the state will be affected.

Since more than 70% of seafood landed in the Gulf of Mexico comes through Louisiana, Banks says this also could lead local restaurants and grocery stores to stop carrying some Gulf seafood products, leaving a void in the market for imported seafood to fill.

“One of the things that I'm really afraid of is it will allow imported shrimp and other imported seafood products to gain even more of a market share than they did already in the southeast in the country,” Banks says. “So that may be a situation that our seafood community has to continue to wrestle with.”

Lindsay Allday, who works as an oyster sommelier at Sidecar Patio & Oyster Bar in New Orleans, says they weren’t able to get local oysters for a solid three weeks after the storm. She was able to pivot to just the East and West Coast oysters also on her menu, but she says customers noticed the absence of Gulf oysters.

“People definitely ask, even right after a storm, ‘Where are the hometown oysters?’” Allday says. “You have to say, ‘Well, we just had a Category 4 hurricane,’ but people definitely look for it.”

Meanwhile, Chauvin is saving up her own stash of shrimp to make it through Lent.

“To be honest with you, I'm putting my shrimp on the side right now so that I can make it through,” she says. “Because, oh my God, 30 days without shrimp (during Ida) about killed me.”