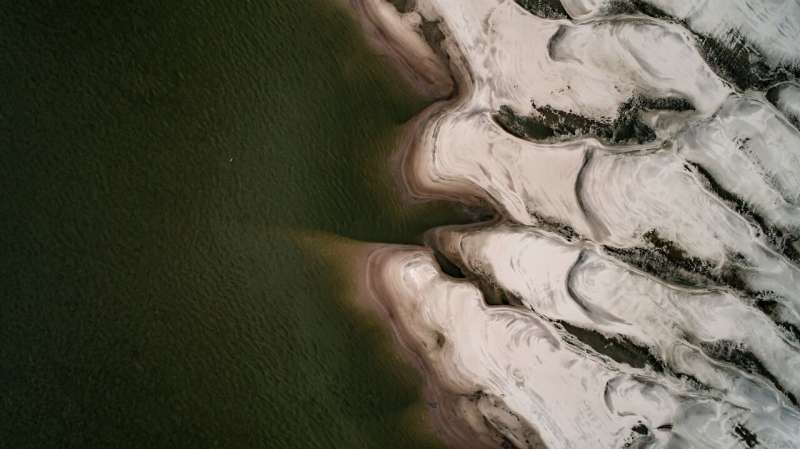 Without restoration efforts in coastal Louisiana, marshes in the state could lose half of their current ability to store carbon in the soil over a period of 50 years, according to a new paper published in American Geophysical Union Journal of Geophysical Research Biogeosciences.

September 19, 2018
By
The Water Institute of the Gulf / Phys.org
Section:
Science
Region:
Gulf of Mexico

"This reduction in capacity could significantly alter the global carbon budget, given that Louisiana's marsh soils account for between 5 and 21 percent of the global soil carbon storage in tidally influenced wetlands," said Melissa Baustian, lead author and coastal ecologist at The Water Institute of the Gulf.

The article, "Long-term carbon sinks in marsh soils of coastal Louisiana are at risk to wetland loss" examined 24 south Louisiana sites located within four marsh habitats defined by the amount of saltwater influence—fresh, intermediate, brackish, and saline. Carbon sink is a reservoir that stores more carbon than it releases.

By working with colleagues from U.S. Geological Survey, Vernadero Group, Abt Associates, and Tulane University the team used marsh habitat maps from 1949 to 2013, deep soil cores, soil carbon accumulation rates, and maps of future marsh area, to confirm the importance of considering historical habitats when evaluating a coastal areas' long-term ability to store carbon in the soil. Due to the evolving nature of coastal wetland habitats, simply looking at current conditions might not reflect how much carbon was buried historically or how much carbon can be buried in the future, especially in Louisiana where land loss is a continuing concern.

"Protection and restoration of these marshes is vital to help protect the pool of buried carbon in the soils, and to prevent release of carbon to the atmosphere from soil oxidation," Baustian said.