Gulf of Mexico
Parts of FL Inundated With Rain From Sally: Tropical storm Sally drenches parts of Florida with a foot of rain. via The Weather Channel 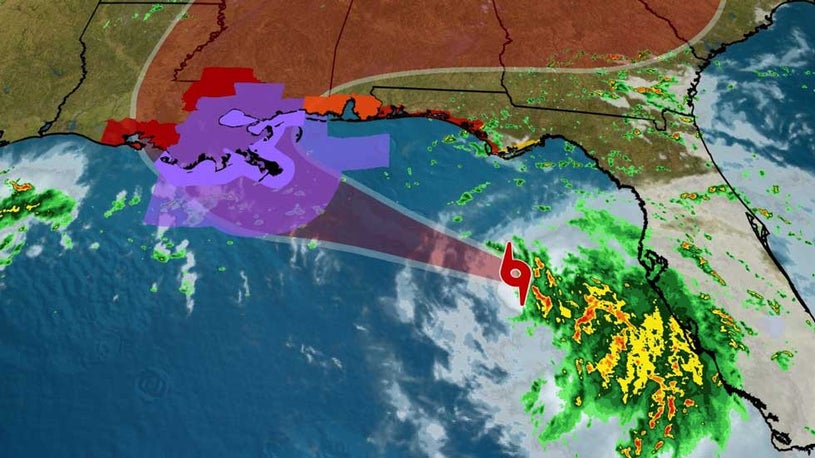 With much of southwest Louisiana still dealing with the devastation of Hurricane Laura, new evacuations have been ordered as Tropical Storm Sally aims for the central Gulf Coast.

Louisiana Gov. John Bel Edwards has declared a state of emergency, and at a briefing Sunday afternoon he said he is seeking a pre-landfall disaster declaration from the federal government.

“We have every reason to believe that this storm represents a very significant threat to the people of Southeast Louisiana," Edwards said.

In New Orleans, the mayor issued a mandatory evacuation order for residents living outside of the parish's levee protection system: Venetian Isle, Irish Bayou and Lake Catherine. The order takes effect at 6 p.m. Sunday, nola.com reported. Those areas could see storm surge of 7 to 9 feet, the National Weather Service said.

The city's Sewerage and Water Board said all 99 of the city's drainage pumps are available for service. The other two were under repair and expected to be up and running ahead of any potential impacts from the storm.

The town of Grand Isle, Louisiana, on a tiny barrier island in the Gulf, also issued a mandatory evacuation order to begin at 9 a.m. Sunday. Mayor David Camardelle already had asked campers, RVs and boats to leave the island beginning at 8 a.m. Sunday.

Mandatory evacuations were ordered in the Jean Lafitte area of Jefferson Parish, too, including Barataria and Crown Point.

"What happened in the past doesn’t matter," Lee Sheng said at news conference. "We handle every threat the same ... You can’t say, 'I’m tired of this, I don’t want to do it.' I doesn’t matter what kind of year we've had ... we still have a major threat in front of us."

Mandatory evacuations were ordered in St. John the Baptist Parish for Pleasure Bend and low-lying areas of the parish north of Interstate 10 in LaPlace, including Frenier, Peavine and Manchac, nola.com reported.