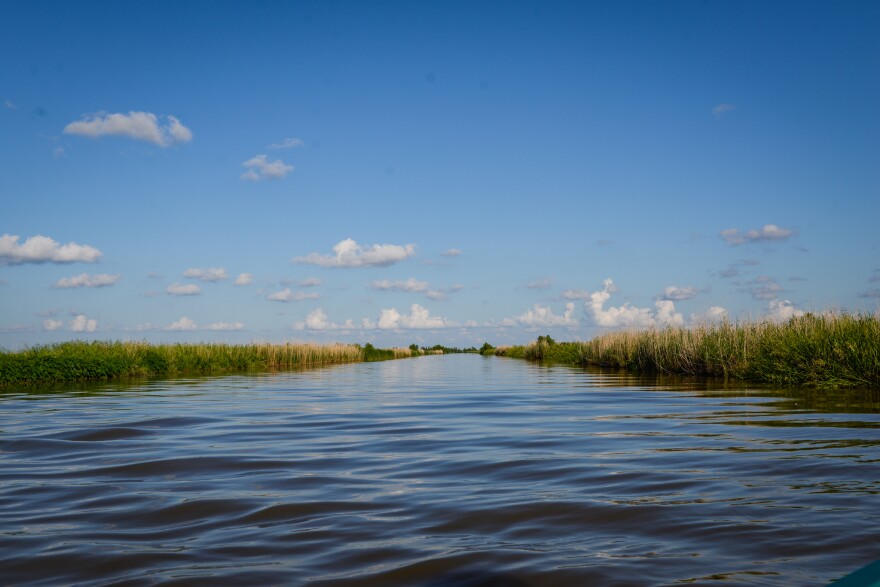 A long arm extended from the boat, a tool that sent out thousands of points to map its surroundings.

They docked inside a newly-formed channel directly across the Mississippi River from the small town of Buras. Where a wall of rocks once stood, the river forced its way through, scattering the rocks below the water’s surface and scouring out the bottom to create a nearly 90-foot-deep crater near its opening.

“To some extent, it was just that the force of the river was so great that it overwhelmed the rocks,” said Kolker on the boat. “What caused that? I’m not sure.”

Now, a waterway once known as Bayou Tortillon has grown sixfold within just three years from what was once a narrow outlet, according to the pair’s recent technical report.

At 850-feet wide, it now carries about a sixth of the river’s flow, diverting it into Quarantine Bay. Combined with other cuts in the bank within this 8-mile stretch of the river, about a third of the river is now flowing through the east bank.

“That’s something of a reorientation of the flow of the river,” Kolker said.

For some, the channel — referred to as Neptune Pass by federal and state officials — presents an opportunity for research and coastal restoration as Louisiana’s protective wetlands continue to slip away. But as more water branches off from the river’s main stem, a slower Mississippi River could pose navigational challenges for the oceangoing vessels that traverse the ship channel.