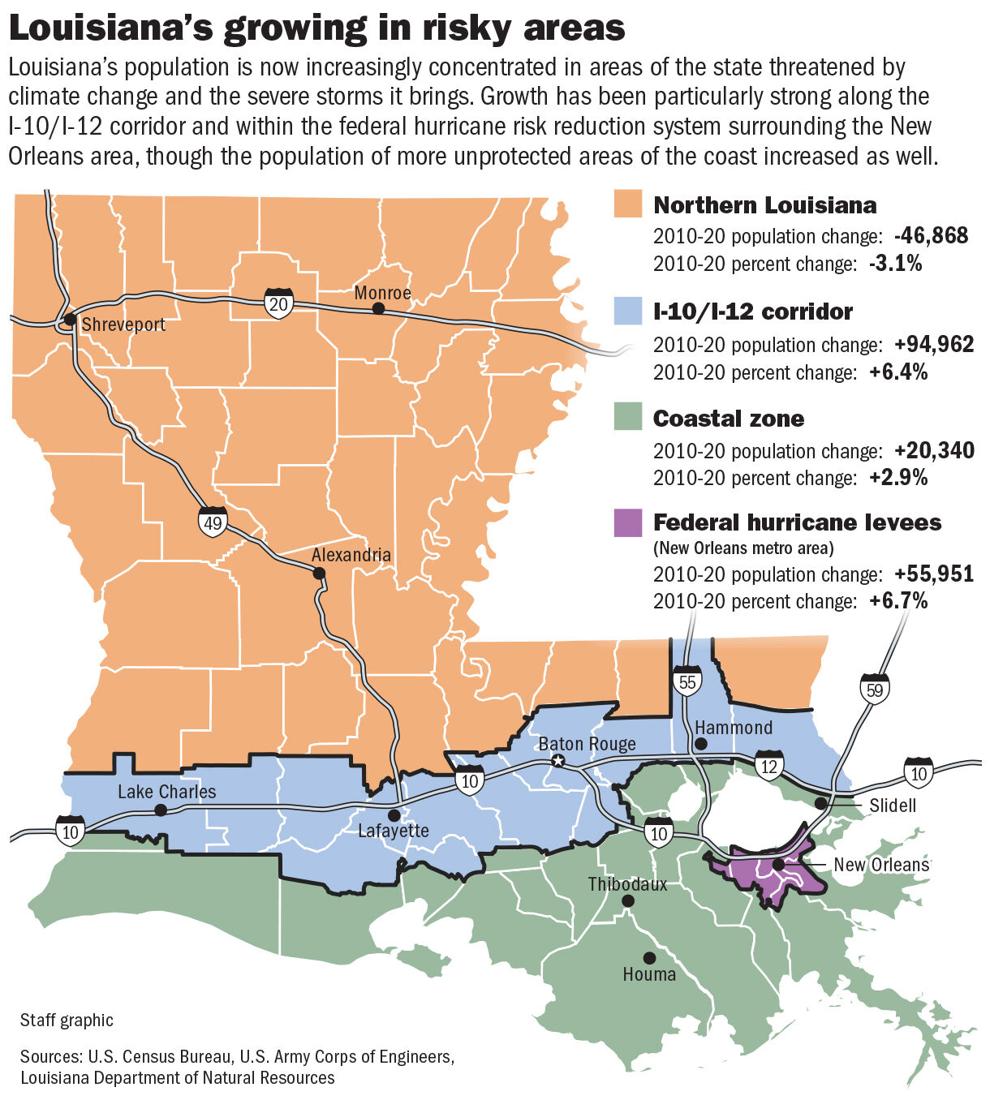 LA - More Louisianans are flocking to areas with higher risk. What's it mean for the future?

Growing up, Virginia native Michael Dameron spent every summer in south Vermilion Parish with his father and grandfather fishing for pogy, splitting his time between the East and Gulf coasts. He was no stranger to hurricane season.

“This was like a second home to me,” Dameron said as he stood outside his house on a recent day, leaning against his hunting buggy and running down the list of storms he’d ridden out in Louisiana.

Twenty-five years ago, the fourth-generation menhaden ship captain and his wife decided to pack up and move full-time to Abbeville, just 15 miles north of Vermilion Bay. But over the years, the storms seem to have worsened, Dameron said, and the catastrophic flooding of 2016 was the final straw for him.

“Down here, you want to get as far north from Highway 14 as you can,” he said, referring to the state highway paralleling the coast from New Iberia through Abbeville to Lake Charles. South of that line, some residents have difficulty securing flood insurance.

So in 2017, the Damerons bought a house in the village of Maurice, about 10 miles farther inland, in the heart of sugar cane country. For him, it was in a Goldilocks zone: far enough from the water to ditch the mandatory flood insurance, but close enough to still work and play along the coast.

And he wasn’t alone. From 2010 to 2020, Maurice more than doubled in size, jumping from 964 residents to 2,100, making it the state’s fastest-growing municipality. The nearby city of Youngsville experienced a similar boom, jumping from about 8,200 residents to nearly 16,000.

The new development has been a boon for these communities. But the growth of Maurice and other Lafayette suburbs offers a peek at an increasingly urgent dilemma for Louisiana: The state's fastest-growing areas are concentrated in the same regions that will be most at risk from climate change in the years to come.

According to the latest census, nearly 3.2 million people lived along or below the Interstate 10 corridor in 2020. That’s over two-thirds of the state’s population in just one-third of its area. The southern part of the state now has 200,000 more people than it did when Hurricane Katrina struck in 2005.