Gulf of Mexico
The W.J. DeFelice Marine Center in Cocodrie, La., is suffering the effects of climate change. 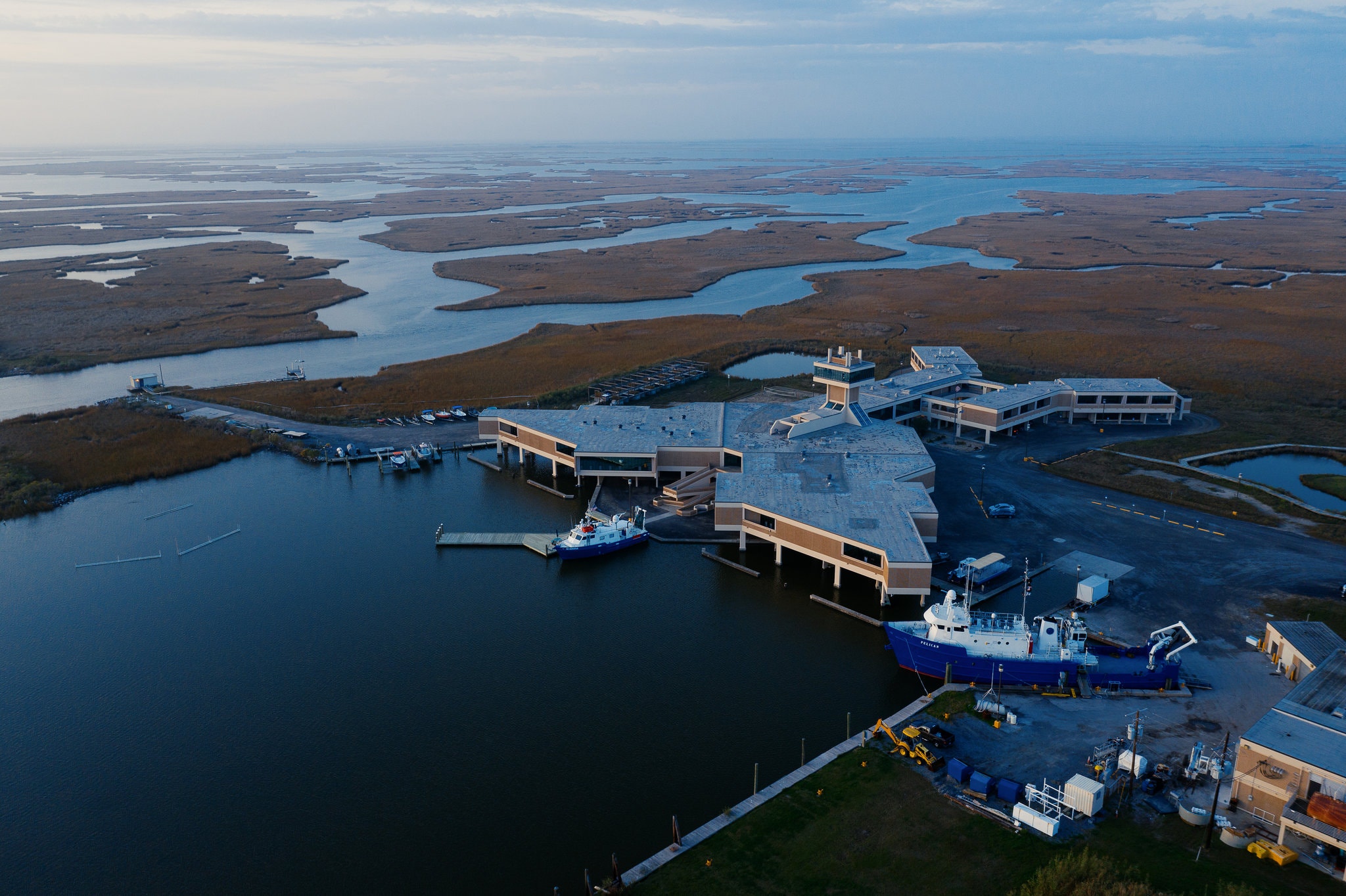 A marine laboratory 85 miles southwest of New Orleans was designed to be a fortress against extreme weather. But it might be defeated by climate change.

Sitting at the end of Louisiana State Highway 56, where dirt dissolves into wetlands and then the Gulf of Mexico, the laboratory, the W.J. DeFelice Marine Center, has successfully weathered many hurricanes since it opened its doors in 1986. It stands 18 feet above the ground on pillars with pilings that extend more than 100 feet underground. Its walls can withstand winds of up to 250 miles per hour.

But the water is coming. Around the country, from New Jersey to Massachusetts, Virginia to Oregon, education centers and marine laboratories like this one are bracing against rising seas and a changing climate. The assault from climate change is slower but more relentless than any storm, and will ultimately do more damage. It threatens researchers’ ability to study marine environments up close at a time when it’s more vital than ever to understand them.

Bob Cowen, head of the National Association of Marine Laboratories, sees climate change as a challenge, but also a scientific opportunity. “We’re feeling it, and we’re also studying it at the same time as best we can,” he said. If labs like this one have to shut down, decades of on-site measurements could be disrupted — and, researchers say, academic budgets might not allow replacements to be built, or built on a comparable scale.