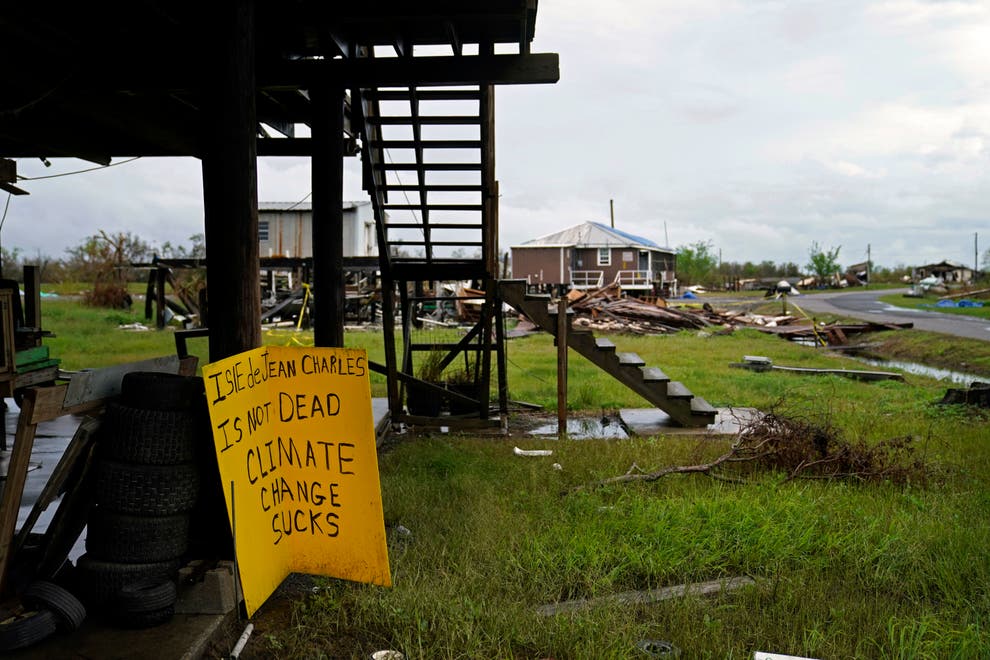 Fighting for their sovereignty, Tribes seek relief in the face of sea-level rise and a growing climate crisis.

Theresa Dardar started shrimping along Louisiana’s lakes and bayous with her husband Donald Dardar in 1974. Now, the once-recognisable waterways of south Louisiana – formerly surrounded by marsh grass and fragile land that provided a protective barrier for the Indigenous communities living among them – look more like open waters, she says.

“The lakes weren’t identified. My markings were all gone,” she says from the porch of the Pointe-Au-Chien Indian Tribe Community Center, a raised steel cabin on the edge of the bayou in Pointe-Aux-Chenes. “I wouldn’t be able to drive without him telling me where to go. It’s so open.”

More-severe storms fuelled by the climate crisis have accelerated coastal land loss in Louisiana, along with increased salinity of the waterways, erosion of barrier islands and the lack of freshwater to replenish soil on land that protects the remote Indigenous communities along Louisiana’s disappearing coast and interior. Oil and gas infrastructure, including shipping lanes carved into wetlands, cut into what’s left.

Hurricane Ida struck the coast on 29 August with wind gusts above 200 mph, devastating many of those tribal communities, including the Point-Au-Chien in Terrebonne and Lafourche parishes.

“If the storms keep getting stronger than Ida was – she almost wiped us out this time – but another storm like her, unless our members can build really strong, we’re going to come back to nothing,” Ms Dardar says. “Our house probably won’t be strong enough for anything stronger than that.”

Along one stretch of road near the community centre, only 12 homes are liveable, Ms Dardar says.

United Houma Nation, the largest state-recognised tribe, with 19,000 tribal citizens, estimates as much as three-quarters of its members’ homes suffered damage.

Chief Shirell Parfait-Dardar of the Grand Caillou/Dulac Band of Biloxi-Chitimacha-Choctaw Tribe says none of the homes among the more than 1,000-member Tribe were untouched by Ida.