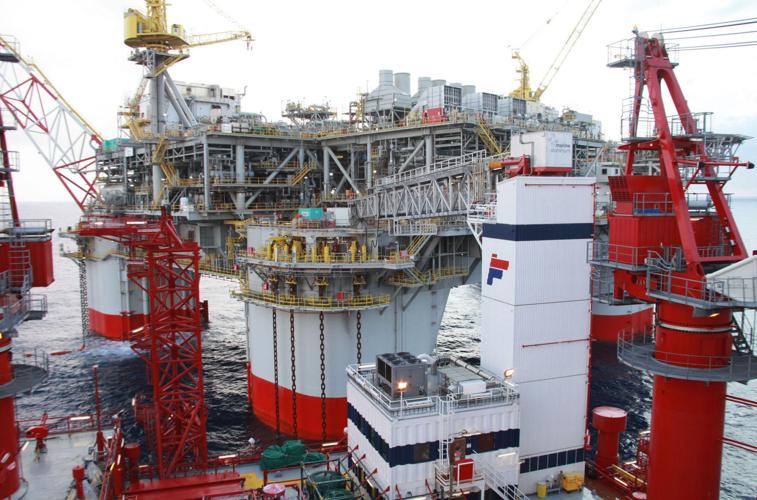 The state of Louisiana will receive $82 million in Gulf of Mexicooffshore revenue in the next few months under the Gulf of Mexico Energy Security Act, representing the first large payment under the revenue sharing program created by Congress in 2006.

The Louisiana Coastal Protection and Restoration Authority will oversee the spending of $65.6 million of the money, while 20 coastal parishes will split $16.4 million. Texas, Mississippi and Alabama will split the remaining $106 million in offshore revenue generated during the first year of GOMESA's larger Phase II distribution.

The payment was announced by both state officials and Interior Secretary Ryan Zinke. Zinke pointed out that the money is part of $1 billion in increased energy revenue going into federal coffers during the first year of the Trump administration.

But the payment remains far short of the maximum $176 million that Louisiana and coastal parishes could receive under GOMESA. The difference results from less production of oil in the Gulf from wells drilled and completed during the time period for Phase II, both because of lower oil and gas prices worldwide and because of delays in development of wells in the Gulf in the aftermath of the BP Deepwater Horizon oil spill in 2010.

"The people of Louisiana have waited for over ten years for Phase II of GOMESA to begin and for our state to start receiving a larger portion of the revenues derived off of our coast," said Louisiana Governor John Bel Edwards in a news release.

"This revenue stream is one we have planned our coastal program around, and we are happy to finally be able to put it to use to help address our land loss crisis. A healthy coast is absolutely essential to a healthy oil and gas industry in Louisiana, as well as our economy overall. The dedication of these funds to address our coastal issues is the smartest investment we can make.

Louisiana had budgeted the maximum $140 million in GOMESA revenue for its fiscal year 2018 annual coastal restoration and hurricane protection plan, but only expected to use $28.6 million of it for projects.

The fiscal year 2019 annual plan, approved by the state Senate Natural Resources Committee on Thursday (April 26) after a three-week delay, projected only $47.5 million in projects paid for with GOMESA money, again because of concerns about how much the state expected to receive.

Coastal Protection and Restoration Authority Chairman Johnny Bradberry said Thursday that Interior officials had informed the state several months ago that the state's share would only be between $60 million and $70 million a year during the first five years of Phase II. He said state officials also have decided against using any of the GOMESA money in the foreseeable future to pay part of the $100 million a year bill the state will receive from the Army Corps of Engineers to pay the state's share of the $14.6 billion post-Katrina New Orleans area hurricane levee reconstruction project.

But Bradberry said the state does not know yet how it will pay the $100 million a year bill, which is expected to come due at the end of 2019 and recur for 30 years. State officials have been attempting to work with the state's Congressional delegation on legislation that would forgive the debt, but the chances of that happening are slim, observers say.

Another option would be to include the bill as an item in the state capital budget approved by the Legislature every year, but such a large expenditure would reduce money available for other needed infrastructure projects statewide.

Bradberry said that's one reason that the state is working with the state's Congressional delegation to attempt to remove the present $176 million cap on the state's share of GOMESA money in the future, which might also be linked to a proposed reduction in royalties for offshore oil to spur increased production.

Thursday's Interior announcement came on the same day that the  U.S. House Energy and Mineral Resources Subcommittee held an oversight hearing on GOMESA spending that focused on Louisiana.

"This subcommittee recognizes the need to rehabilitate our Gulf Coast and therefore it is critical to secure and maintain dedicated funding to our energy producing Gulf States to protect and enhance the region that has so long served the nation in the past and will continue to do so in the future," said Subcommittee Chairman Paul Gosar, R-Ariz., at the beginning of the hearing.