Gulf of Mexico
In this image provided by the Louisiana Coastal Protection and Restoration Authority, brown pelicans nest among laughing gulls on Rabbit Island in southwest Louisiana. 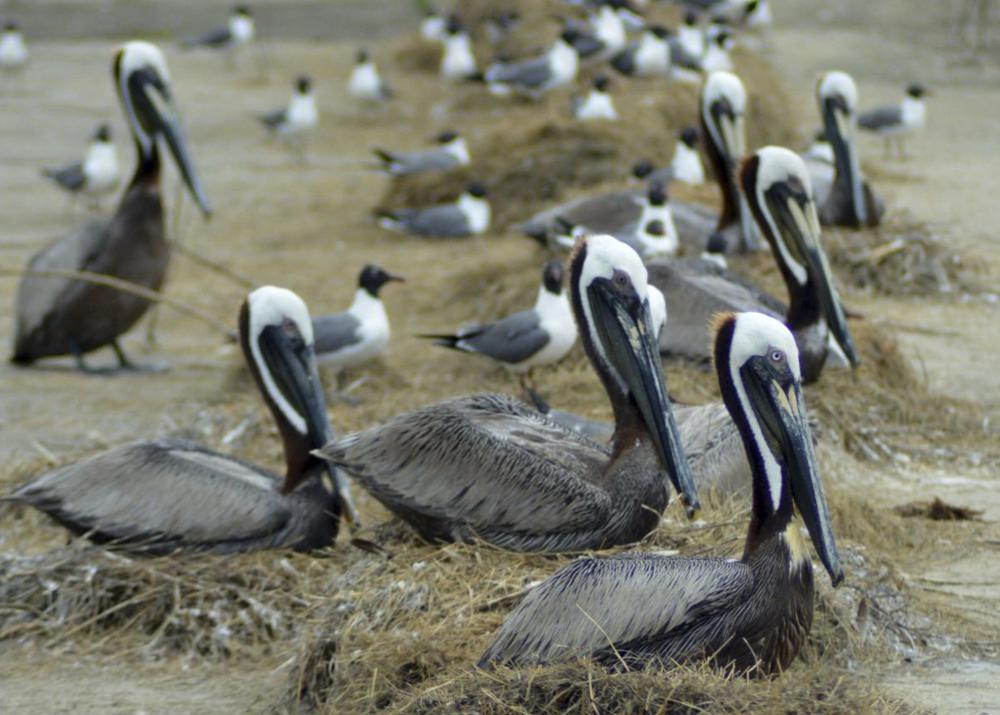 RABBIT ISLAND, La. (AP) — Restoration of an island in Louisiana’s fragile coastal area is proving wildly popular with the birds it was rebuilt for, their numbers exploding on the recently added land, authorities said Wednesday.

Pelicans, egrets, herons, ibis, terns, and other colonial water birds built about 6,100 nests on Rabbit Island — more than 16 times the number biologists had expected, a news release from the Louisiana Coastal Protection and Restoration Authority said.

The island supports the only brown pelican colony in southwest Louisiana, and about 1,500 pairs of pelicans were among the nesting birds. They included many of the 322 pelicans banded there this year and last, the agency said.

Rabbit Island had eroded from nearly 290 acres (117 hectares) to about 200 acres (80 hectares) — with most of that either under water or so low that high tides regularly covered nests.

Dredging began last fall, adding 102 acres (41 hectares) rather than the 88 (36 hectares) planned and creating an expanse up to 3.5 feet (about 1 meter) above sea level.