Gulf of Mexico
via earthobservatory.nasa.gov 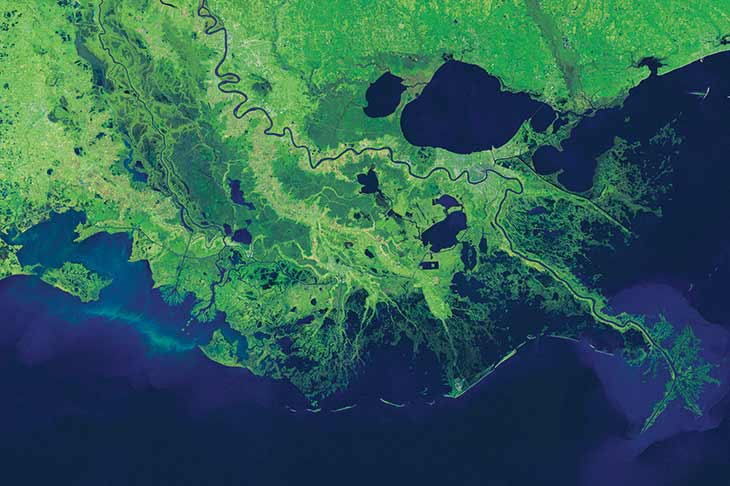 NEW ORLEANS (AP) — Louisiana has started a selection process to identify part of its coastline the state hopes can be added to the National Estuary Research Reserve program.

By
The Associated Press
Section:
Waterways
Region:
Gulf of Mexico

If approved, the area would become a site for research projects aimed at better understanding the chosen estuary — an area where the tidal reach of ocean or Gulf waters meets the flow of water from a river. The reserve would also serve as a base for educating students and the general public on the importance of estuary features, including fisheries and wildlife.

The Times-Picayune/The New Orleans Advocate reports the reserve’s operations would be paid for with a 70-30 split of federal and state funds.

The research program is run by the National Oceanic and Atmospheric Administration. Gov. John Bel Edwards notified the federal agency in 2019 that Louisiana was interested in participating in the program, which now includes 29 sites representing distinct types of estuaries, including five in the other four Gulf Coast states.

Louisiana is the only Gulf state without an estuary in the program. The state selection process is being led by Louisiana Sea Grant, with support from the Coastal Protection and Restoration Authority.