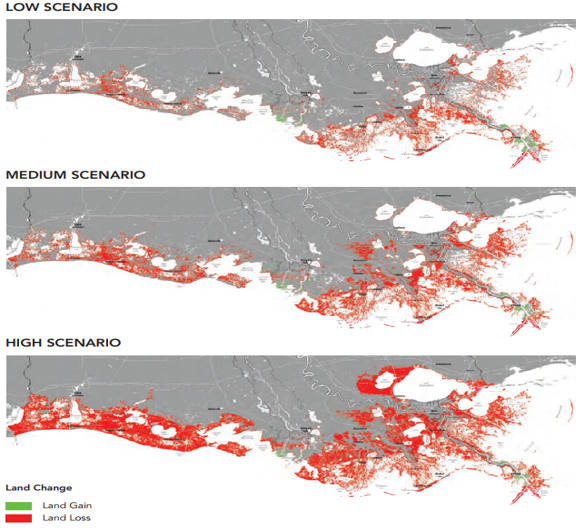 A new state task force has been given a deadline of 12 to 18 months to come up with a science-based comprehensive strategy to reduce greenhouse-gas emissions in Louisiana, the majority of which come from oil and gas, utilities and petrochemical and other industrial sources, according a state official advising the task force program.

The Louisiana Climate Initiatives Task Force is projected to have about 20 members who will be selected over the next month, said Lindsay Cooper, a policy analyst in the Governor’s Office of Coastal Activities, which is overseeing the program.

Its members will include representatives from eight state agencies, both houses of the Legislature, and from business and industry, nonprofit and advocacy groups, and academia, she told the board of the state Coastal Protection and Restoration Authority this week. Also represented will be what state officials term marginalized communities.

The eight state agencies are the Division of Administration, Coastal Protection and Restoration Authority, Public Service Commission, and the departments of Agriculture and Forestry, Economic Development, Environmental Quality, Natural Resources, and Transportation and Development.

Gov. John Bel Edwards announced in February that the reduction of greenhouse gas emissions would be a key goal for his second term.

“Science tells us that rising sea level will become the biggest challenge we face, threatening to overwhelm our best efforts to protect and restore our coast,” Edwards said in announcing the task force plan. “Science also tells us that sea level rise is being driven by global greenhouse gas emissions.”