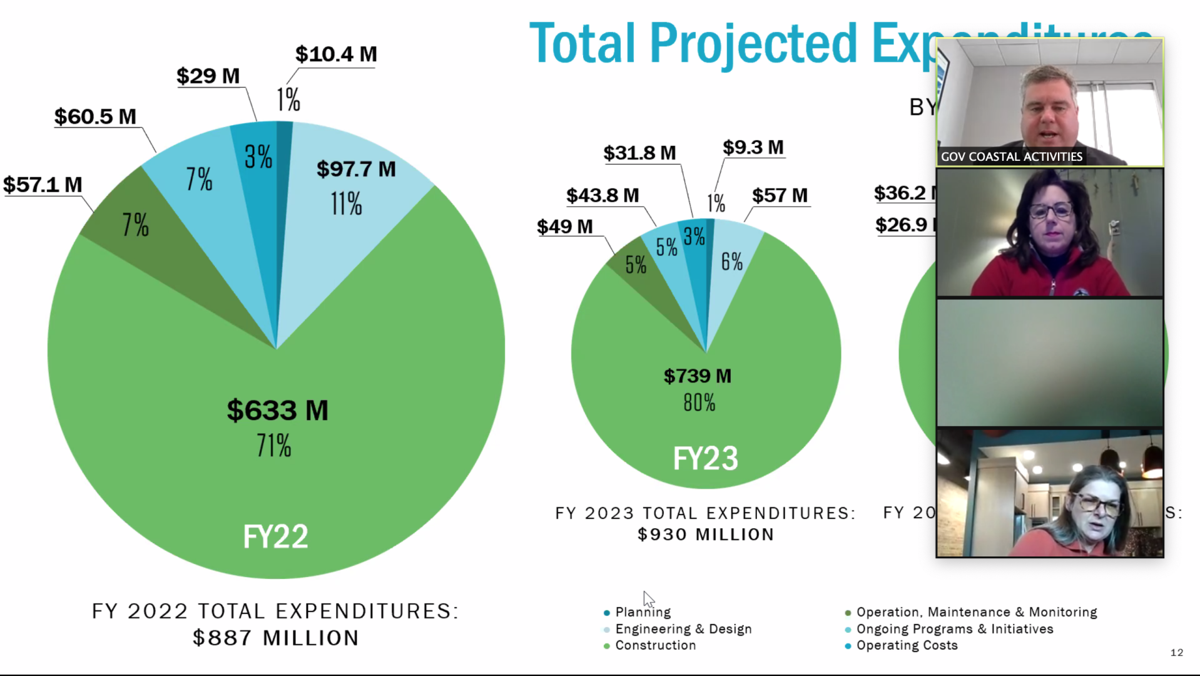 The Louisiana Coastal Protection and Restoration Authority expects to spend $887 million next fiscal year if the money is available, according to a draft plan CPRA’s director presented Friday to the board.

Of that total, $633 million, or 71%, would be spent on construction. Other uses involve planning, design, maintenance and general operation costs. Estimated spending totals $930 million the following fiscal year and $1 billion the year after that.

CPRA does not receive money from the state's general fund, but it is eligible for surplus dollars when they’re available. Other sources include state mineral taxes, revenue from offshore energy exploration and fines related to the 2010 Deepwater Horizon oil spill.

CPRA has scheduled online public meetings for Monday-Wednesday and will accept public comments through March 27 before delivering the plan to the Louisiana Legislature for consideration during the session that begins April 12.

Laurie Cormier, a CPRA board member who is the coastal zone manager for the Calcasieu Parish Police Jury, said she was upset so much of the planned work was focused on southeast and south central Louisiana rather than the southwest. She noted her region took the brunt of last year’s record-breaking hurricane season and said more protection is needed.

“We are not OK over here right now,” she said. “Somebody is going to have to fight for southwest Louisiana.”