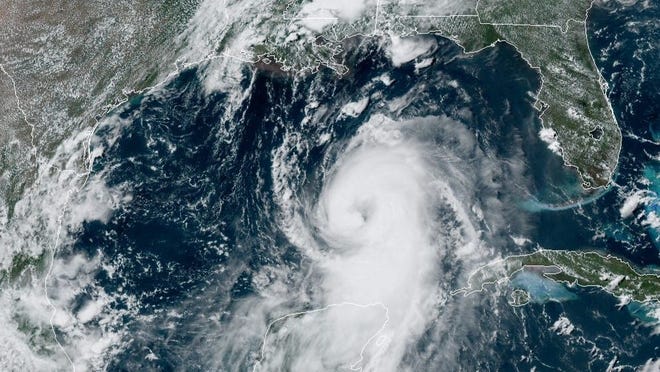 The hyper-active season is forecast to continue in the weeks ahead as a pattern of cooler-than-normal sea surface temperatures called La Niña continues to develop along the equator in the Pacific Ocean.

Texas and Louisiana may have braced for the worst this week as back-to-back hurricanes Marco and Laura barreled toward them, but in this record-setting Atlantic hurricane season, almost every coastal U.S. state east of the Mississippi River should also be on high alert.

All but one of the 18 states bordering the Atlantic Ocean or Gulf of Mexico face a greater risk this year of a hurricane strike, according to the forecast from Colorado State University’s Department of Atmospheric Science, which has issued seasonal hurricane forecasts every year since 1984.

Only New Hampshire’s risk remains unchanged at a 1% chance of a direct hit. Every other state’s risk increased by 33-100%.

​In Louisiana, the CSU team predicted the odds of a land-falling hurricane this year at 43%, compared to a historical probability of 30%.

Blame the increased risks on warmer-than-average sea surface temperatures, weaker tropical Atlantic trade winds and a reduced vertical wind shear that would otherwise help to break up tropical storms before they can strengthen.

Those conditions have made 2020 a record-setter. It’s the first year the Atlantic Ocean has seen nine named storms before August and 13 before September.