Gulf of Mexico
The remains of destroyed homes in Grand Isle, Louisiana. 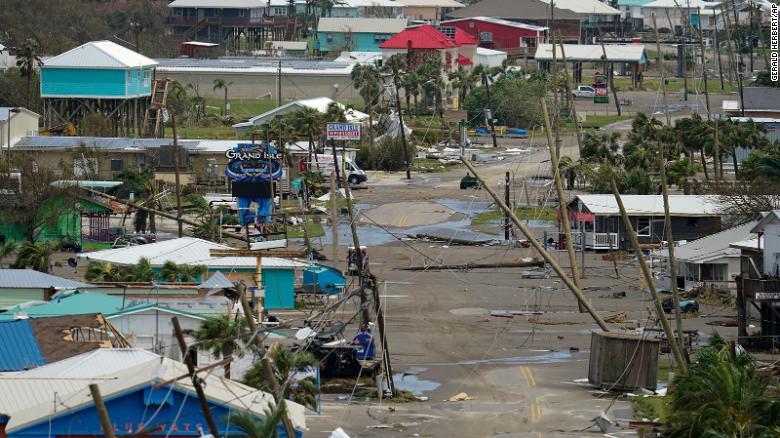 "We have got to fundamentally change the way in which we are thinking about protecting those areas, particularly Grand Isle," said Chip Kline, Executive Assistant to the Governor for Coastal Activities. "Sand dunes on the Gulf side of the island and segmented breakwaters are not going to cut it.

"So we're going to be working with the Corps of Engineers and our congressional delegation to look at new strategies on how we can provide better protection, more resilient protection, and strengthen structures around Grand Isle and Lafitte," Kline said.

The Category 4 storm made landfall August 29 near Port Fourchon, about 10 miles southwest of Grand Isle, with winds up to 150 mph. The storm's hurricane-force winds extended 50 miles from the center.

Bryan Adams, director of Jefferson Parish Fire Services, had said 40-50% of houses on Grand Isle were gone and all the camps were damaged.

"I've never seen it look like this. It's decimated," Adams said after surveying the storm's ruins.