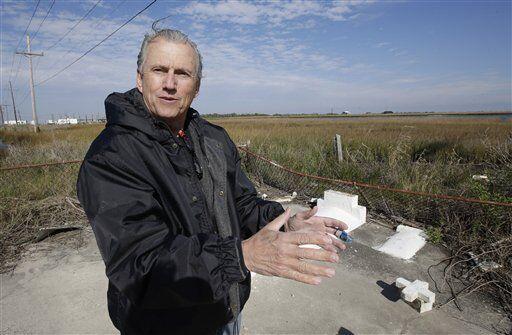 The federal government has proposed building a levee system that could give residents of seven southeast Louisiana parishes the same level of storm flood protection as New Orleans, but local officials are hoping to whittle down the estimated $1.9 billion price tag.

The federal government likely would pay 65% of the cost if officials give the project final approval, with state and local partners expected to pick up the rest. A local funding source has not been identified.

The Upper Barataria Basin project is intended to protect communities west of the Mississippi River in portions of Ascension, Assumption, Jefferson, Lafourche, St. Charles, St. James and St. John the Baptist parishes from flooding caused by a “100-year storm,” or a storm that has a 1% chance of hitting the region in any given year.

The U.S. Army Corps of Engineers held online public meetings about the project in January and have kicked the project up to Washington, D.C., for approval. If approved, preliminary engineering and design could begin this year if the money is available, said Wes Leblanc with the Louisiana Coastal Protection and Restoration Authority.