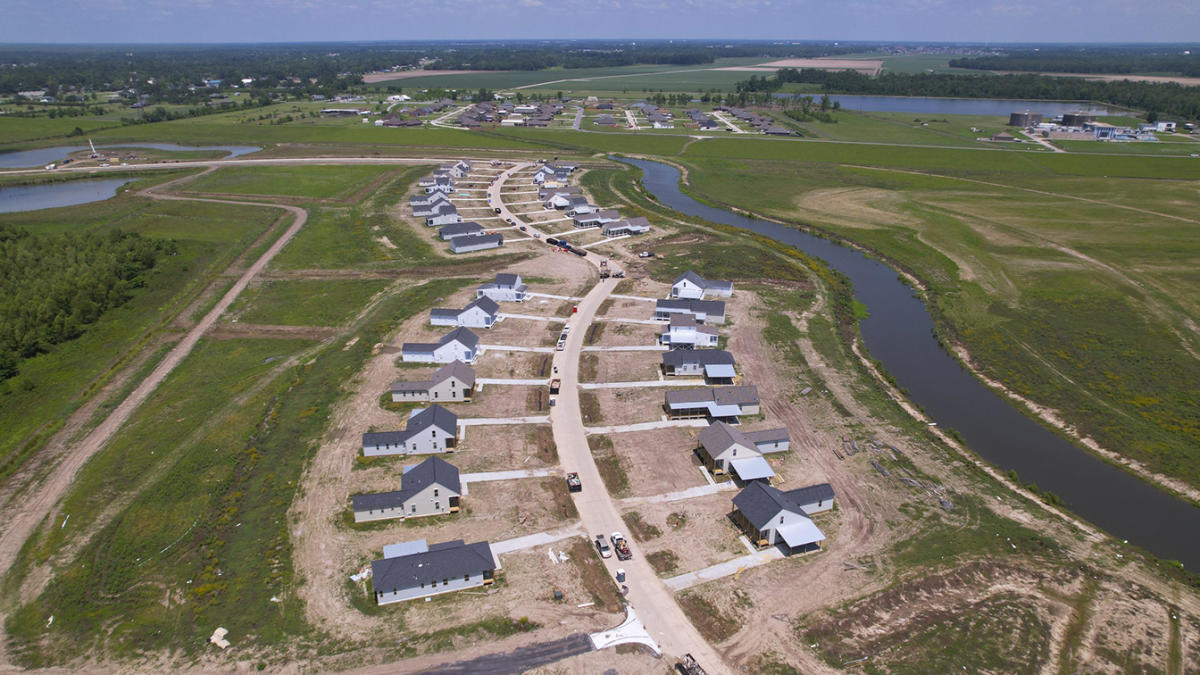 In Louisiana, the Isle de Jean Charles project is a test case for how the government could voluntarily resettle communities threatened by climate change. It hasn’t gone smoothly.

ISLE DE JEAN CHARLES, Louisiana — A sliver is all of this islet that remains above water. What hasn’t slipped into the Gulf of Mexico shows the punishing effects of disastrous climate change: trees killed by saltwater, grasslands overtaken by bayous, empty wrecks that were once homes.

“Our house was here,” said Albert White Buffalo Naquin, pointing to the overrun marsh where his family lived. He is chief of the Jean Charles Choctaw Nation, and 98% of its ancestral land is below water.

The U.S. Department of Housing and Urban Development awarded the state $48.3 million in 2016 to resettle the tribe to higher ground, the first federally funded effort to move an entire community because of climate change. Officials saw a chance to create a model of wholesale voluntary relocation for a country that urgently needs to prepare for many more such projects.

Six years in, Isle de Jean Charles underscores how challenging this work will be — and how badly the country will fail the ever-growing number of people in harm’s way if it doesn’t figure out how to do it well.

Tribal leaders contend that the process disenfranchised them. As the process of moving families to the new site gets underway, Naquin and his tribal council are working on a different resettlement and reunification plan — this time, without government help.

‍Managed Retreat in the U.S. Gulf Coast Region, The National Academies of Sciences, Engineering, and Medicine

Among the ways humans respond to environmental change, moving and relocating people, infrastructure, and communities presents particular challenges. However, the idea of strategically moving populations away from environmentally high-risk areas, sometimes referred to as managed retreat, has a long tradition. The study will gather information about the challenges, needs, and opportunities associated with managed retreat in the Gulf Coast region. This means addressing a variety of complex psychological and socioeconomic realities. The study will focus on understanding and responding to the unique challenges along the Gulf Coast, such as coastal flooding due to sea level rise, subsidence, and land loss.

Early missteps undermined trust and shifted who was eligible to participate, according to a year-long investigation by Columbia Journalism Investigations, the Center for Public Integrity and Type Investigations. The news organizations conducted interviews with dozens of tribal leaders, island residents, researchers and former and current government officials, and reviewed more than 2,000 government and tribal records.

The way the funding was structured prevented the Jean Charles tribe from applying on its own. Instead, members had to work with a state agency, the Office of Community Development, which Naquin, other members of the tribal council and several academics observing the process say failed to implement the tribe’s vision of resettling from the crumbling island and bringing back the citizens dispersed by past disasters.

Records show that agency officials, in turn, relied on a nonprofit group working with the tribe for information about island residents — and they were caught off-guard to learn, after winning the grant, that additional people needed relocation.

Citizens of the United Houma Nation also live on the vanishing isle. When that tribe’s then-chief learned of the funding, he pressed the state to include his people, too.

After that, the plan changed. Rather than move to the new location all interested members of the Jean Charles tribe, including those driven out decades earlier by disasters and land loss, state officials said only those who live on the island, left after a 2012 hurricane or moved earlier to a place hit by that same disaster would be eligible.

For Naquin — among those locked out by the change — this meant his tribe would not be reunified after all. In 2018, after numerous unsuccessful attempts to bring the project back to its original vision, he urged HUD to revoke the money. The agency didn’t do so. Fair-housing law, HUD said, required that everyone on the island be provided the opportunity to move.

Relocation experts warn that climate resettlement in the U.S. will fall far short without major changes to the federal government’s approach. They said Isle de Jean Charles illustrates the need for an organized effort — a designated federal agency focused on community resettlements — with far more money, fewer bureaucratic hurdles and greater sensitivity to the needs of communities impacted by the United States’ long history of forced relocation and racism. Those are often the places most threatened by the climate crisis.

That’s particularly true for the hundreds of tribes without federal recognition, largely cut off from federal grants.

A.R. Siders, a climate adaptation researcher at the University of Delaware’s Disaster Research Center, said historically marginalized communities shouldn’t have to compete against each other for the right to be saved. But that’s exactly what is happening. An Alaska Native village endangered by flooding and erosion had also vied for the funding ultimately earmarked for Isle de Jean Charles. And once the money arrived, it pitted the two tribes on the island against each other.

“We really could increase the amount of funding going to these kinds of relocation so that it doesn’t have to be such an either-or choice in the future,” Siders said.

There’s little time to waste. Already, communities hard hit by rising seas and intensifying hurricanes, floods and wildfires are finding that the country offers little organized assistance for relocating people together, according to an investigation by Columbia Journalism Investigations and its partners. Those seeking help from a patchwork of programs face steep barriers — particularly communities of color.

The mismatch between need and assistance will get worse if nothing is done. Federal research predicts that more than 13 million Americans may have to move away from vanishing shorelines up and down the coasts over the rest of the century, a figure that doesn’t include the impact of other climate disasters.