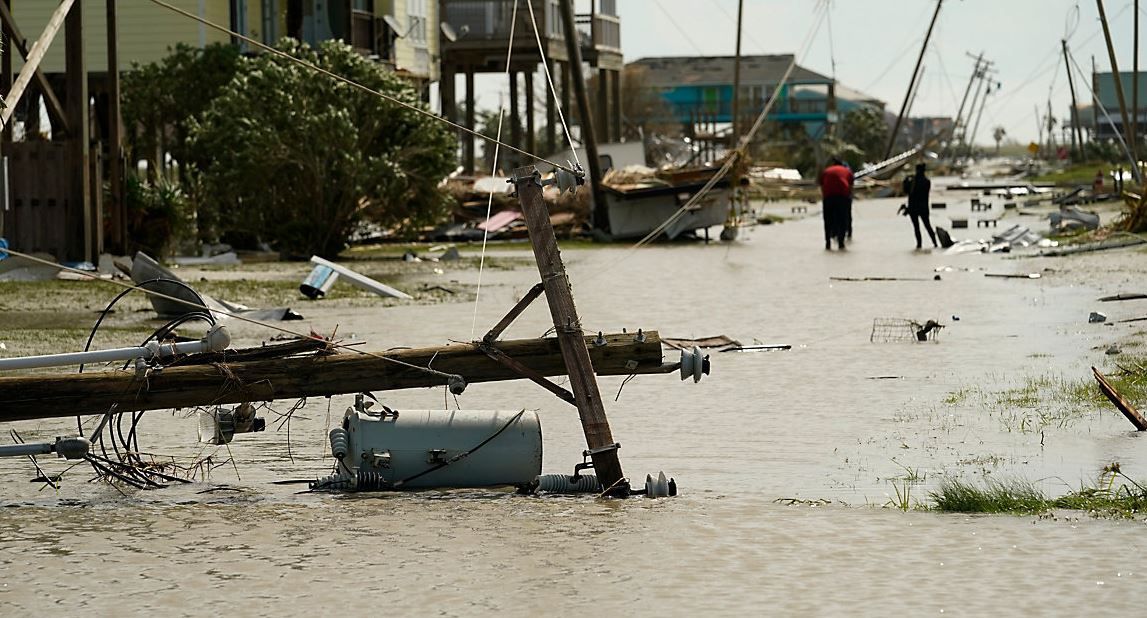 The National Hurricane Center estimated that Laura’s maximum sustained winds were 150 miles per hour as it moved ashore in Cameron Parish, Louisiana, around 1 a.m. Thursday.

That makes Laura the strongest hurricane to make landfall in Louisiana in the era of instrument-measured winds.

As Laura approached the coast, NOAA and Air Force reconnaissance aircraft estimated wind velocities by launching dropsondes and tracking their movement as they parachuted downward. Also, a radiometer aboard each plane measured microwave energy emitted from the sea surface. The higher the wind speed the more foam there is on the ocean surface, which increases the amount of microwave radiation emitted.

Wind speeds are measured more directly on land, ships and buoys via a variety of types of anemometers. So far, the highest sustained speed (which means a one-minute average) reported from an anemometer is 108 mph in the north eyewall at Calcasieu Pass on the coast 30 miles south of Lake Charles. Gusts of 127 mph were measured at Calcasieu Pass and 133 mph at Lake Charles.

Laura’s 150 mph sustained winds probably came ashore in the northeastern eyewall 5-25 miles east of Calcasieu Pass along a stretch of sparsely populated coastline. That’s also probably where the maximum storm surge of 15-20 feet occurred. It will take several weeks for data to become public from a number of portable anemometers deployed ahead of the storm. Whether any were in the right place to capture the maximum winds isn’t yet known.

Winds close to 150 mph could have hit lower Plaquemines Parish when Camille skirted to the east in August 1969 and probably exceeded 150 mph that night on Louisiana’s uninhabited Chandeleur Islands. But, only one other hurricane has moved onshore in Louisiana with winds perhaps as strong as Laura’s: the Last Island Hurricane in August 1856.

Often referred to by its French name, Isle Dernière, the sandy barrier island sat forty miles south of Houma and five miles offshore from the southern edge of the vast marshes that make up southern Terrebonne Parish.