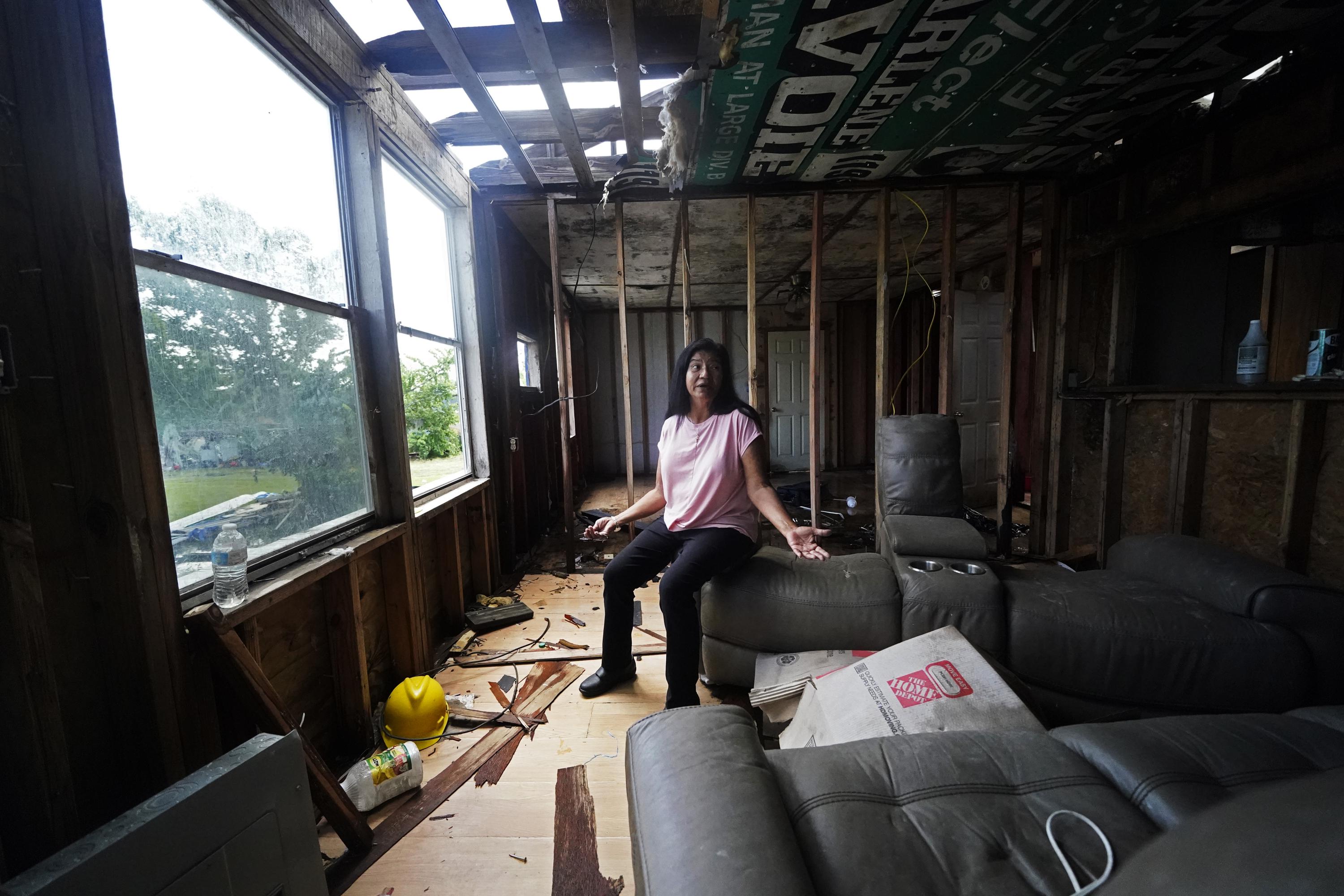 LA - In Louisiana, Native Americans struggle to recover from Ida

ALONG BAYOU POINTE-AU-CHIEN, La. (AP) — Driving through her village along the southeastern Louisiana bayou, tribal official Cherie Matherne points out remnants of house after house — including her own — wrecked nine months ago when Hurricane Ida roared through the Pointe-au-Chien Indian Tribe community.

Trailers from the Federal Emergency Management Agency and travel campers sit next to pilings that elevated homes 14 feet (4.3 meters) off the ground to protect them from flooding. But the wind got them this time. For hours, the Category 4 hurricane tore off roofs and siding, ripped out insulation and scattered treasured belongings.

“It’s going to take years before people can get back to their lives. The majority of people are still at a standstill,” said Matherne, the tribe’s cultural heritage and resiliency coordinator.

When Ida barreled through southeast Louisiana on Aug. 29, it slammed into an area home to many Native American tribes, battering people already struggling to overcome decades of coastal erosion and the long shadow of discrimination. With the start of a new hurricane season predicted to be as busy as the last, tribal officials worry their people could be in the crosshairs again.

“Ida was the worst storm we’ve ever had in our area,” said August Creppel, chief of the United Houma Nation. The tribe’s roughly 19,000 members are spread across coastal Louisiana, about 11,000 of whom experienced some sort of damage from Ida, according to Creppel.

“Some of our people don’t even have a house to go back to,” he said.

Other tribes in southeastern Louisiana also were hammered. Pointe-au-Chien Indian Tribe member Theresa Dardar said only about 12 homes in the lower part of the Pointe-au-Chien community actually survived the storm. Farther west, where many members of the Grand Caillou/Dulac Band of Biloxi-Chitimacha-Choctaw live, Chief Shirell Parfait-Dardar said everyone had some sort of damage, with about 20% of homes a total loss, even her own.