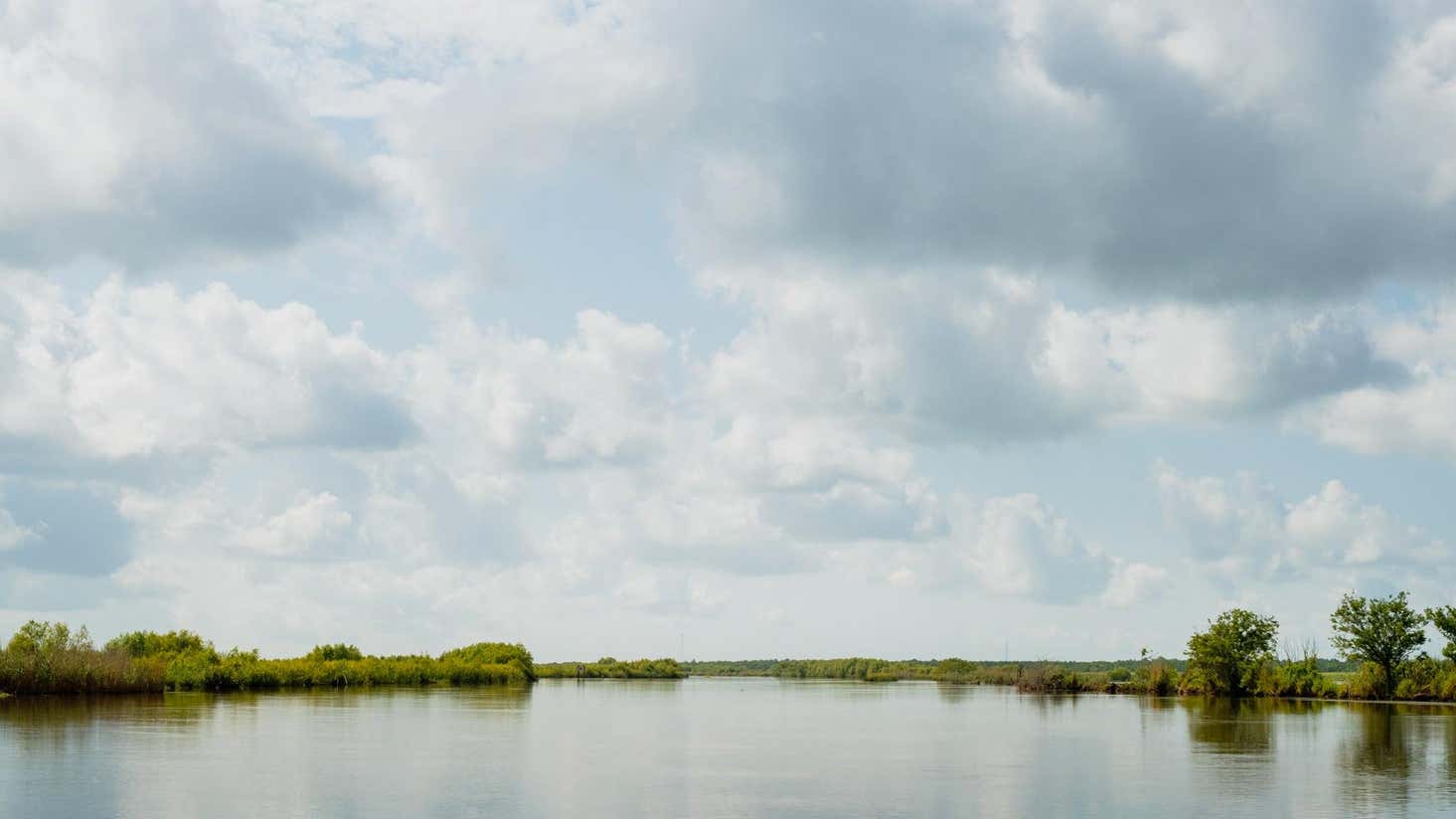 The fossil fuel industry has caused Louisiana's coast to disappear. In the wake of Ida, it's more important than ever to hold Big Oil accountable.

The sun was about to set at the Leeville boat launch when a family began packing up their car with redfish they had caught just an hour prior. Above us was LA-1, an elevated highway nicknamed the “Gateway to the Gulf” because it is the only connector between what can still be considered mainland Louisiana to Grand Isle, the state’s last inhabited barrier island. Noise from the trucks transporting materials from Port Fourchon, a major offshore oil hub where 90% of the Gulf’s production platforms and drilling rigs are serviced, rumbled above us while boats traversed the patchwork of eroded marsh.

I started photographing the architecture and landscape of South Louisiana in 2014, long after the fossil fuel industry’s hold on the region began. Most of my work focuses on the infrastructure of this unique area as a means to convey how we’ve altered the land—and the unequal protection this infrastructure provides. When Hurricane Ida made landfall, it did so at that marsh I was photographing under LA-1. While the storm itself spun up in a manner of days, its impacts were decades in the making. With peak wind gusts of 172 mph (277 kph) recorded and 12 feet (4 meters) of storm surge at Port Fourchon, Ida caused catastrophic damage. That includes the community of Grand Isle, where the mayor said 100% of all structures on the island were damaged with 40% destroyed or nearly destroyed.

Louisiana’s relationship with the fossil fuel industry is pervasive; there is no aspect of life that is untouched by the years of exploitation and extraction these companies have pursued. Wetlands have historically served as a natural hurricane protection system. But in order to build and service pipelines, companies dig canals through the marshes. Over time, saltwater intrusion erodes this habitat and becomes open water. At the same time, the oil and gas burned in places far from Louisiana’s disappearing coast have pushed sea levels higher, creating a squeeze on the region.

On average, the Gulf of Mexico swallows a football field worth of Louisiana’s coastline every 100 minutes. By the time Ida’s storm surge reached the Leeville boat launch on Aug. 29, the state had already lost nearly 2,000 miles (3,220 kilometers) of land, an area approximately the size of the state of Delaware. Comprehending the massive scale of environmental degradation can be abstract, but for those who have lived here for generations, the changes are linked to specific memories and familial history.