Gulf of Mexico
Lori Butler wipes her brow as she moves debris she is gutting from her home that was flooded, in the aftermath of Hurricane Ida in LaPlace, La., Tuesday, Sept. 7, 2021. (AP Photo/Gerald Herbert) Gerald Herbert 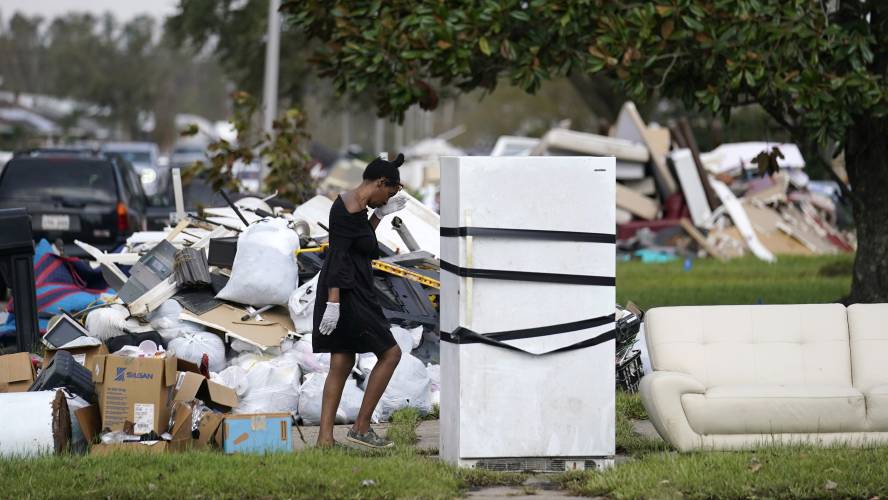 HOUMA, La. — New Orleans lifted a nightly curfew Wednesday as the city moved closer to regaining full power 10 days after Hurricane Ida, but hundreds of thousands of people outside the city were still without lights and water and more than a quarter of a million children were unable to return to schools.

The city was left completely in the dark when Hurricane Ida slammed into the Louisiana coast with 150 mph (240 mph) winds on Aug. 29, cutting power to more than a million people statewide. Two days later, New Orleans Police and Mayor LaToya Cantrell imposed an 8 p.m. to 6 a.m. curfew, citing cases of theft and other minor crime. They withdrew the order Wednesday morning but the police department said in a statement that it would maintain “increased and focused patrols throughout the city.”

Meanwhile, officials raised the state’s death toll from Ida to 26 on Wednesday, with the additional 11 deaths all occurring in the city of New Orleans. The deaths happened between Aug. 30 and Monday, but were just confirmed as storm-related by the Orleans Parish coroner, the state health department said.

Nine of the New Orleans deaths came from “excessive heat during an extended power outage,” according to the health department. The remaining two deaths involved carbon monoxide poisoning. The heat-related deaths involved people ages 64 to 79, the department said.

Also Wednesday, state Superintendent of Education Cade Brumley noted that 250,000 students were still unable to attend class because of the hurricane. Prior to Ida, schools around Louisiana had been open despite widespread cases of COVID-19, although under a statewide mask mandate for all indoor locations.