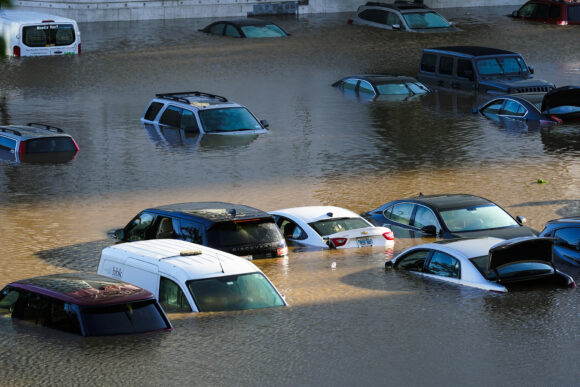 Insured losses from Hurricane Ida are now creeping into the $30 billion range after catastrophe modelers added damage to properties in the Northeast, putting the catastrophe on par with Hurricane Irma and Harvey in 2017 and Superstorm Sandy in 2012.

That would put total insured losses at $29 billion, according to CoreLogic, a catastrophe modeler based in Irvine, Calif.

But analysts for Goldman Sachs released a separate report that cited estimates from unidentified loss modelers that damages will reach the $30 billion to $40 billion range. The company said reinsurers will bear much of that burden because U.S. insurers tend to cede much of their risk, but the losses remain manageable for most.

Catastrophe modeler RMS, based in Newark, Calif., on Monday projected insured losses from Irma will range from $25 billion to $35 billion, but that does not includes losses in the Northeast. RMS did, however, include losses to offshore oil platforms that estimated to range from $700 million to $1.5 million. CoreLogic’s projections excluded offshore equipment.

CoreLogic said much of the damages in the Northeast are related to the dense urban development of the region.