Gulf of Mexico
Brown and white pelicans gather on the shoreline of Queen Bess Island near Grand Isle, La. Monday, Feb. 3, 2020. The island is being restored as a rookery for pelicans and other birds with money from the BP Deepwater Horizon oil spill. STAFF PHOTO BY DAVID GRUNFELD 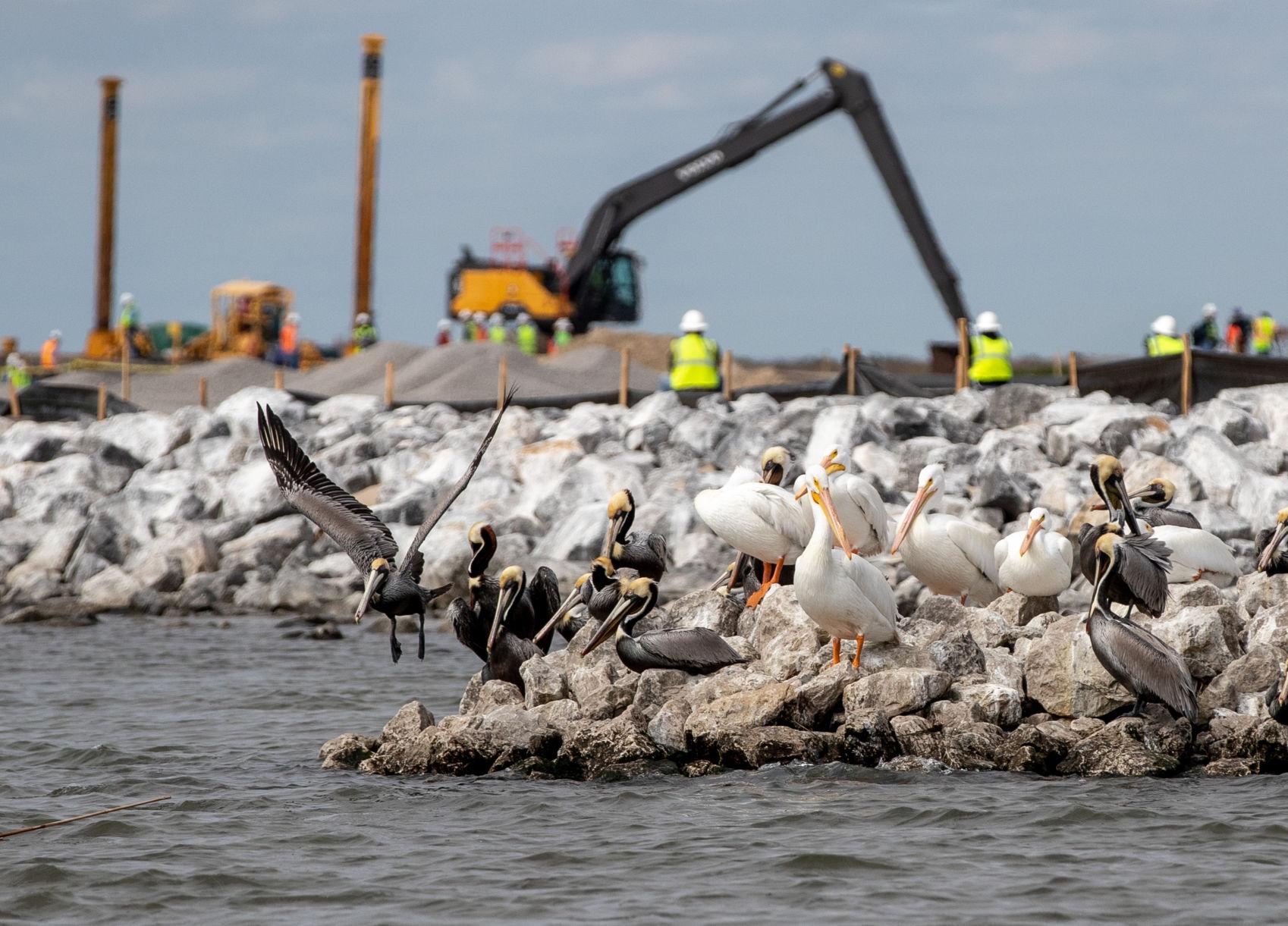 As the 10th anniversary of the BP Deepwater Horizon oil spill approaches, state and federal agencies should consider nine strategies aimed at advancing ecosystem restoration, maximizing use of fine and settlement money stemming from the spill, and ensuring that local communities are involved in decisions affecting their future, according to a report released by a coalition of environmental groups Wednesday.

The report, "A Decade After Disaster," was developed by the Restore the Mississippi River Delta coalition, which was created in 2008 to support coastal restoration efforts in Louisiana. It includes the Environmental Defense Fund, the National Wildlife Federation, the National Audubon Society, and two Louisiana-based groups, the Coalition to Restore Coastal Louisiana and the Lake Pontchartrain Basin Foundation.

While the BP spill was an unprecedented catastrophe, it provided an equally unprecedented opportunity to Louisiana and other coastal states in the form of more than $16 billion in settlement money for coastal restoration efforts, said Steve Cochran, campaign director for the Restore the Mississippi River Delta coalition and a vice president with the Environmental Defense Fund.

“Louisiana has made significant progress since the Gulf oil disaster, and we can honor these losses by continuing to act with urgency on ongoing recovery and in the face of land loss and climate change,” Cochran said.