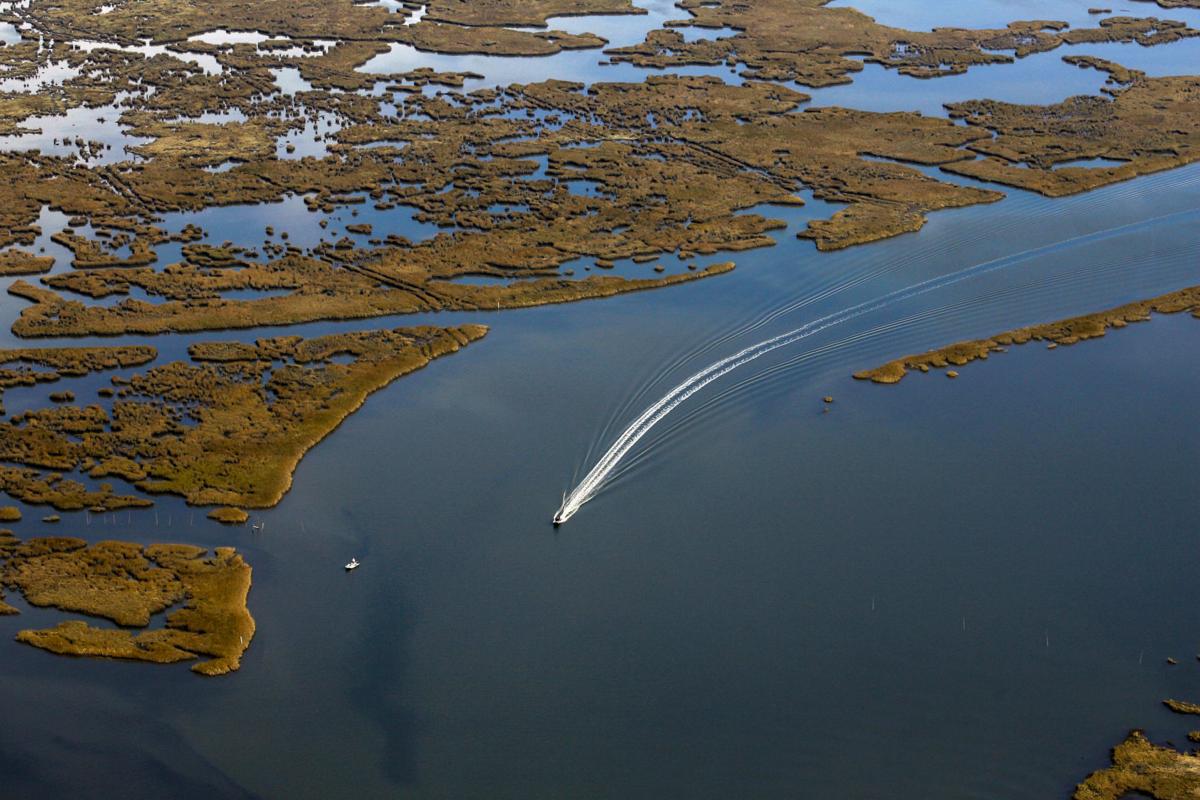 LA - How Much Carbon Can Louisiana's Wetlands Hold? New Study Aims to Find Out

Louisiana's marshes are masters at capturing carbon from the air, locking it in the soil beneath the water's surface where it won't disturb the atmosphere or the climate. They act as a huge carbon sink along the coast of the Gulf of Mexico, steadily accumulating more gas than they emit.

That ability will become increasingly valuable as the state moves toward the carbon neutrality goals set last year by Gov. John Bel Edwards. He has his eyes set on zero net emissions by 2050.

A new study seeks to quantify just how much carbon is already sequestered by the state's coastal habitats and to develop a methodology for calculating the carbon benefits and costs of coastal restoration projects.

"There are several efforts nationally that are in a similar tent ... but I do think this is a place where we can say we are at the forefront of some of these attempts to try to provide these estimates," said Jim Pahl, a senior coastal resources scientist with the Louisiana Coastal Protection and Restoration Authority.

The coastal authority and the Governor's Office of Coastal Activities have tapped scientists led by Melissa Baustian, coastal ecologist at The Water Institute of the Gulf, for the 10-month study. The group will pore over previous research on the carbon capture capability of Louisiana's marsh, including both its soil and its vegetation.

Of all the carbon buried in the soil of coastal marshes in the five states along the Gulf of Mexico, Louisiana holds almost two thirds. The reason is two-fold: Louisiana has far more wetlands than its Gulf neighbors, and its soil accumulates carbon at a faster rate.