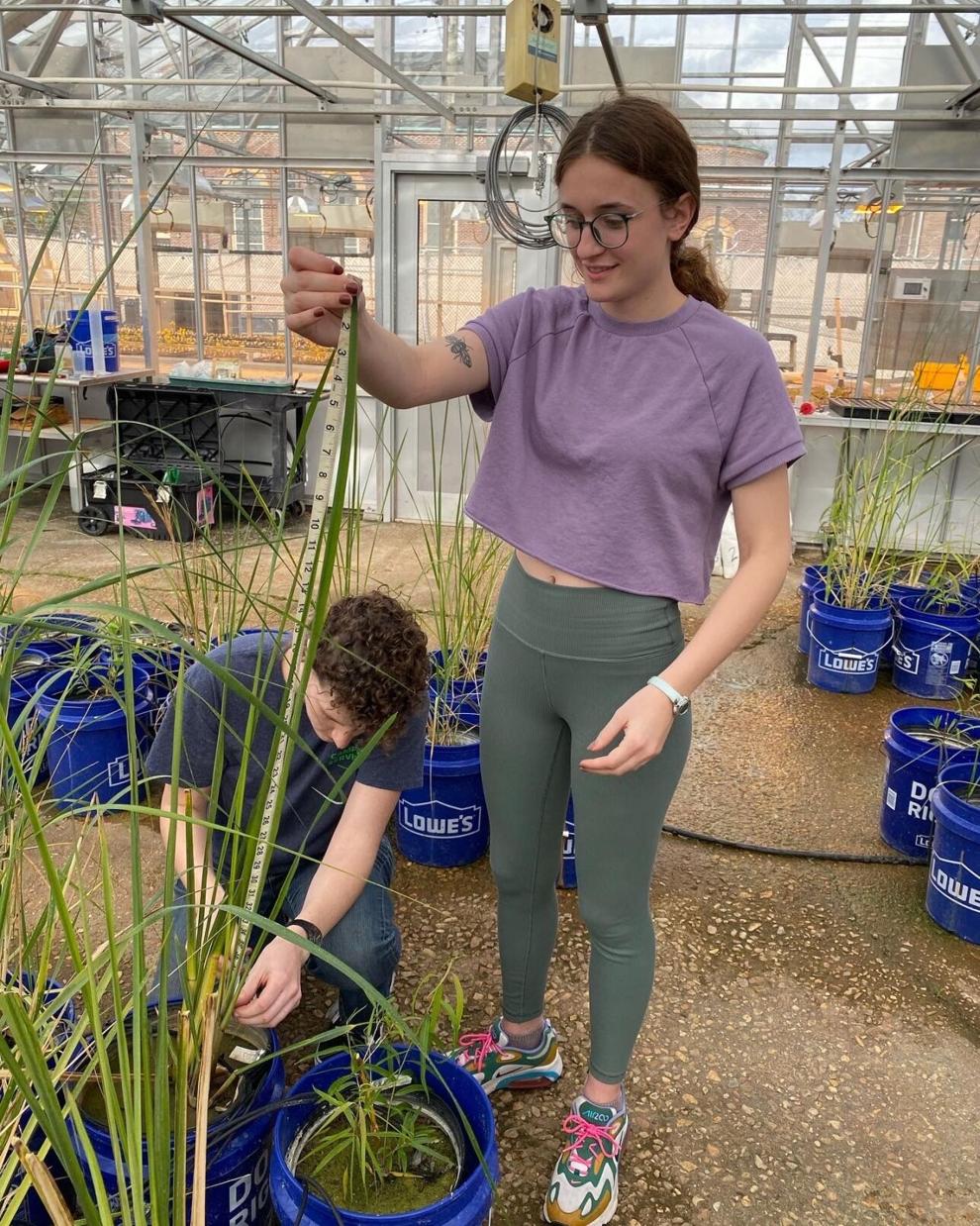 LA - Hope in a bottle: A glass recycling project is helping Louisiana reverse the effects of coastal erosion

From a small greenhouse next to Tulane University’s Uptown campus, associate professor Sunshine Van Bael is cultivating a spark of hope. She and a team of graduate students have been observing how native Louisiana marsh plants grow in sand made from glass recycled at Glass Half Full.

And much to her delight, the plants they’ve tested so far, including different varieties of grasses and willow trees, are thriving.

“I feel like I’m walking on air,” Van Bael says. “No one has ever tried to grow plants in crushed glass before. We hoped for that, but we didn’t know what was going to happen.”

Some plants are embedded in exclusively man-made sand; others are mixed with man-made sand and natural sediment. But one thing is for certain: The plants can grow in both sources.

Van Bael is a part of the ReCoast initiative, which Glass Half Full launched in 2021 in partnership with Tulane researchers to turn the glass New Orleanians were bringing to the Glass Half Full facility into sand to use to restore Louisiana’s shrinking coastline.

ReCoast researchers have been studying the effect of recycled glass on native plants and creatures. So far, their efforts, bolstered by a $5 million grant from the National Science Foundation, have been showing that the pulverized glass can be safe and effective to use in Louisiana wetlands, although more work needs to be done before the program can be implemented on a large scale.

While Louisiana has frequently been labeled as a canary in the coal mine for the devastating impacts of climate change, the project could finally give the state a chance to show how to heal, too — one grain of sand at a time.

Kat Fogg, ReCoast’s project manager, says the project stands out from the rest of the coastal restoration efforts she’s worked on for the better part of the last decade.

“This is by far the most inspiring project I have ever been on in my life,” she says.

South Louisiana residents for decades have grappled with the existential threat of land loss, accelerated by climate change and the damage left by the oil and gas industry, and scientists and bureaucrats alike have been vexed by how to mitigate a complex and expensive problem.

“We have a lot of scarring in our wetlands,” Fogg says. “It’s a dire situation and it has been for a while, but not enough people have talked about it.”

The small group of Tulane students who built an entire glass recycling system from the ground up are at the forefront of an innovative solution.

“Solving our land loss crisis requires the convergence of all types of ideas, and glass sand is an important part of that solution,” said Julie Albert, a ReCoast lead investigator and a Tulane associate professor, in a September announcement.

At its most basic, restoring wetlands and coastal areas destroyed by climate change is essentially rebuilding the land itself in such a way as to be as close to its pre-erosion natural state while being able to withstand future climate events.