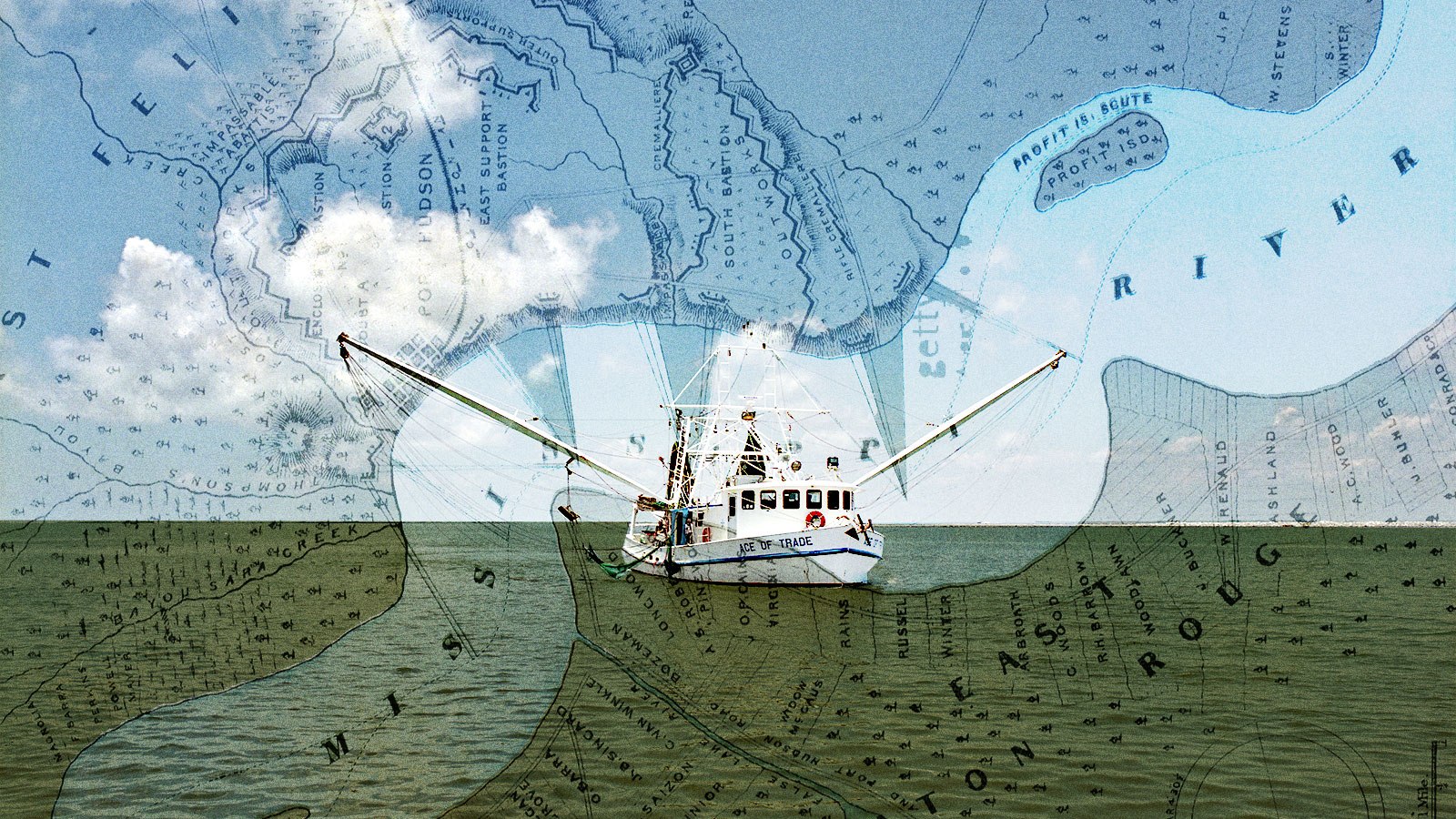 ‘When the dead zone comes, it just kills everything.’

The Ace of Trade trawler motored toward Dean Blanchard’s dock early last summer in southern Louisiana, its skipper slowly winching its nets into storage. Blanchard’s workers, strengthened by a lifetime at sea, worked shirtless in the humid summer air. It was the beginning of hurricane season, and 2019 was on track to be one of the wettest years on record in the U.S. With cigarettes in their mouths, they vaulted aboard the ship to shovel knee-high piles of fish off the fiberglass deck and into holding tanks, where they awaited the 12-inch-thick, semi-translucent pipes that would suck them into the warehouse.

Dean Blanchard Seafood, headquartered on the barrier island of Grand Isle in the Mississippi River Delta, is one of the largest shrimp suppliers in the United States. Blanchard is a squat man with a boxer’s nose, a soft-talking Cajun with the gravelly voice of a lifetime smoker. He fought hard for his livelihood after starting the business 37 years ago, when tensions ran high between established local shrimpers and newly arrived Vietnamese refugees. In the 1990s, Blanchard said that local shrimpers would sometimes pull alongside his dock opening fire with automatic weapons, angry at the market competition Blanchard encouraged through his dealings with the immigrants. He said he always shot back.

In 2010, Blanchard graduated to political battles with BP’s Deepwater Horizon disaster, a spill that sent 4.9 million barrels of oil into his fishing ground. Dean Blanchard Seafood took a hit, and Blanchard later told a reporter that he estimated his business was worth 15 percent of what it was before the spill. He testified in Congress and appeared on national news shows to lobby for his industry.