Gulf of Mexico
Trae Cooper, a third-generation shrimper, stands on the shrimping boat he built with his father and grandfather in the Venice Marina in Louisiana. Heather Richards/E&E News 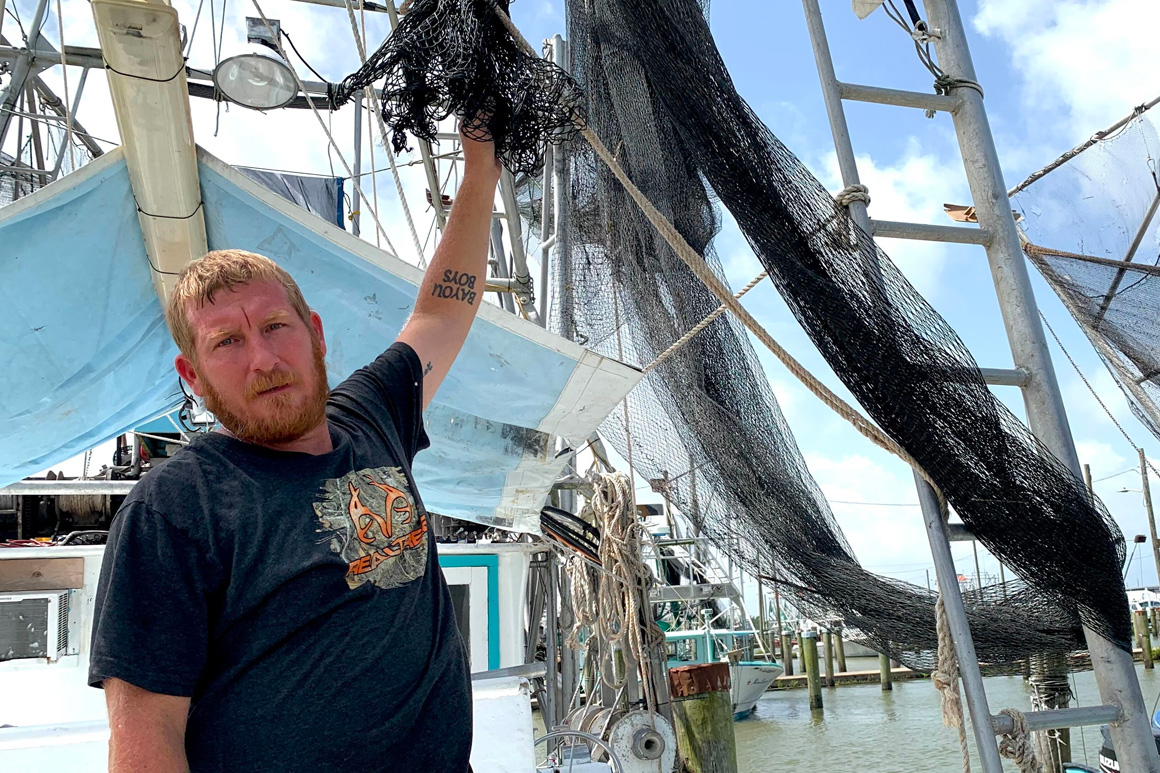 VENICE, La. — Trae Cooper risks punctures to the fiberglass hull of his grandfather’s boat every time he pulls out into the gray waters at the mouth of the Mississippi River.

Second in a series. Read part one.

Trawling for shrimp that swim along Louisiana’s muddy coast means coexisting with the forgotten pipelines, corroded steel, gnawed plastic and bits of iron that the oil industry left behind as it marched gradually through these marshes and out to sea.

And that’s why Cooper, 39, and many shrimpers in the region say they know enough to worry as a new industry crops up in the Gulf of Mexico: offshore wind.

They wonder if transmission lines will add to the dangers that shrimpers and other commercial fishers already have to dodge, if turbines will take away places they could be shrimping, and if its planning will be done with shrimpers’ input taken seriously.

“If you got a whole field of wind turbines, you may knock out 2 miles of our fishing grounds. That’s a problem, not mentioning the transmission and everything that goes into it,” Cooper said.

Offshore wind appears imminent in the Gulf, one branch of President Joe Biden’s push to lift 30 gigawatts of offshore wind by 2030, helping to decarbonize the nation’s electricity grid in a fight against climate change. The administration is planning a first Gulf offshore wind auction by early next year, after finishing an environmental review of the industry’s impacts — including to marine life and fisheries.

At the state level, Louisiana also wants to get into the wind game. Lawmakers recently passed legislation that would carve out a slice of revenue for wind generation in state waters, where hooking up wind farms may happen first because they would be cheaper to develop there than farther out into the Gulf.

Some shrimpers do see the renewable rush as a net benefit, envisioning their own transition away from a huge operating expense: the diesel fuel that keeps their boats in the water.

“Wind turbines, s–t, we need that,” said Randy Bartholomew, a tall, thin shrimper working a boat repair job at the Venice marina, his own ragged shrimping boat sitting up on blocks. “It might make it easier on us with the diesel; it’ll make it cheaper for us.”

Wind may be a boon for some commercial and recreational fishers, too, as turbine foundations could attract fish the way artificial reefs and oil platforms do. That’s been the case at the pilot-scale Block Island Wind Farm off the coast of Rhode Island, where a seven-year study recently found an increase in cod and black sea bass after the five turbines were installed.