Gulf of Mexico
Four days after Hurricane Katrina made landfall on the Gulf Coast, many parts of New Orleans remain flooded. via Wikimedia Commons 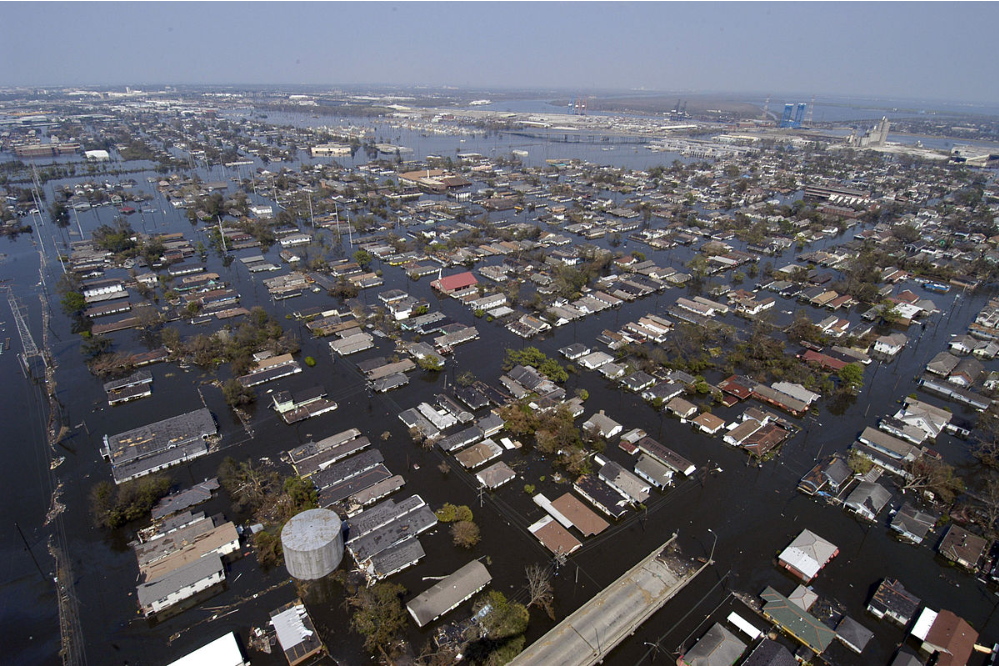 LA - From Katrina to COVID-19: There Are Reasons Disasters Hurt the Poor the Most

A new book shows how policy choices have made some people more vulnerable than others.

The lampposts along New Orleans’s Canal and Rampart Streets have plaques commemorating the phases of the city’s history: “French Domination, 1718–1769,” “Spanish Domination, 1769–1803,” “Confederate Domination, 1861–1865,” and “American Domination, 1803–1861, 1865 to Date.” It’s a poignant example of the city’s exoticism and cultural distinctiveness, its sense of standing apart. Other American cities, even elsewhere in the former Confederacy, don’t suggest that the United States was a kind of foreign power whose rule was likely to be temporary.

This cultural and geographical otherness makes it easy for many Americans to shrug off New Orleans’s climate change predicament. It’s why, since Hurricane Katrina, you hear arguments that those crazy people living in the path of disaster should just pack up and move elsewhere. (It’s never clear where they should go. Baton Rouge?) Yet the “otherness” view of New Orleans—appealing as it is, in different ways, to both residents and outsiders—is highly misleading. The COVID-19 pandemic, for example, echoes Katrina in many ways. It shows how vulnerable we all are to catastrophes, how their impacts fall disproportionately on the poor and people of color, and how Donald Trump’s incompetence and hostility to expertise are just the latest steps in the generational Republican Party project of weakening government.