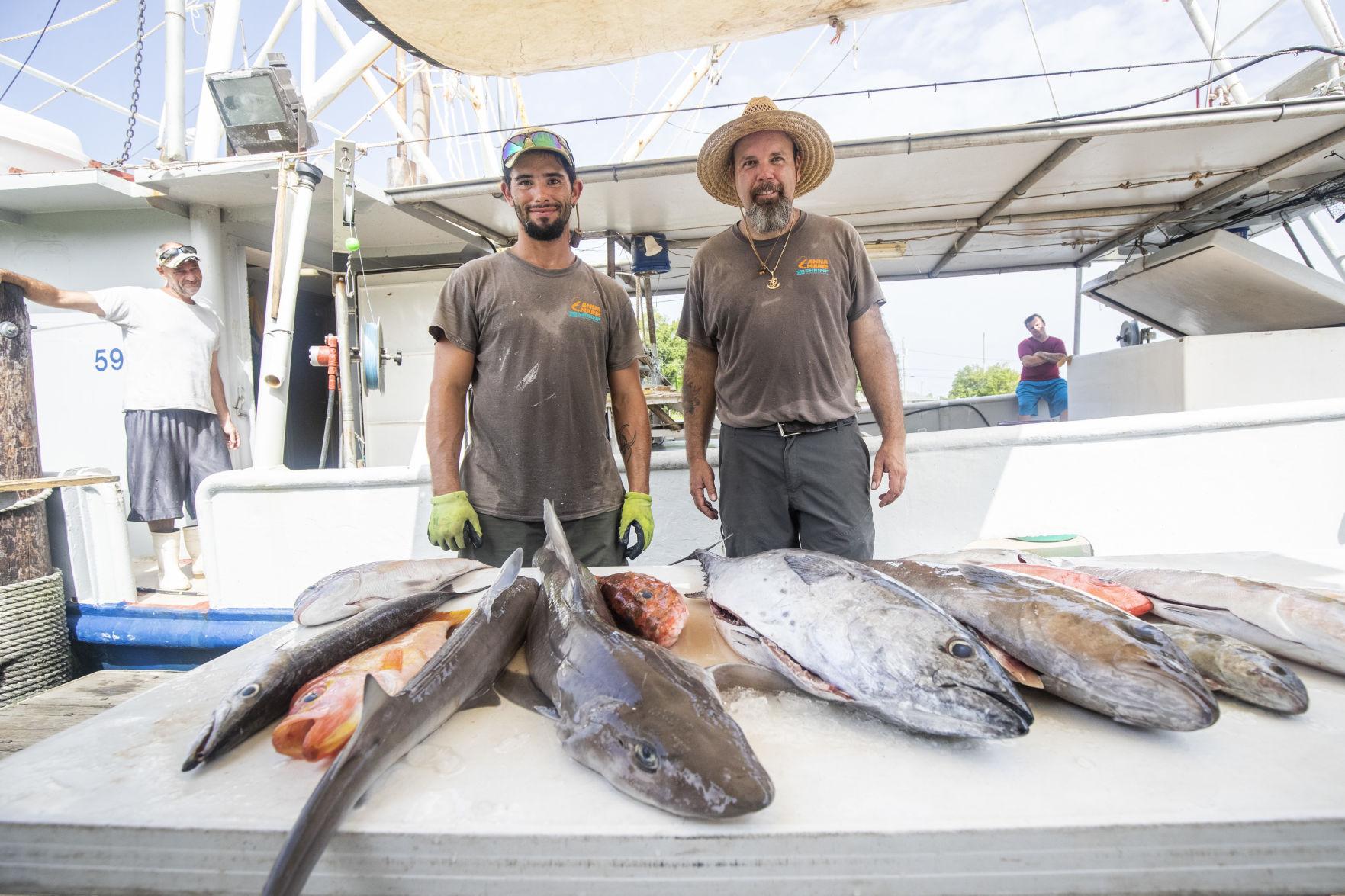 LA - Fishing for Solutions: The race to protect coastal Louisiana's cultures and way of life

Fishing is in Lance Nacio’s DNA. When his great-grandfather came to the U.S., he settled in a fishing community called Manilla Village and made a living working the waterways around the village.

Editor's Note: This story is part of a series on climate change and labor produced in partnership with the Solutions Journalism Network.

While Lance Nacio’s father worked in the oil and gas industry, he also hunted and fished with his son, teaching him to live off of Louisiana’s natural resources, like crabs, shrimp, fish and oysters. Today, Nacio is the owner of Anna Marie Seafood, and he’s teaching his own son and nephew the tools passed down from his father. Nacio, who is part Native American and Filipino, has been a full-time shrimper since 1987, and his family captains the three boats of his business.

“A lot of fishermen on the coast are Native Americans,” Nacio says. “A lot of these fishermen who are on the coast have culture and history that ties them to their industries.”

Fishing and the seafood industry are closely tied to Louisiana identity, providing not only a livelihood but a cultural interconnection between those in coastal communities. But that culture and history are in danger as the effects of climate change threaten to swallow them whole.

Researchers and fishers like Nacio are working toward solutions to climate challenges while finding a way to adapt to climate change. Not only are they working to preserve the fisheries industry, but the culture and community that makes up their way of life.

“It's not just the fishermen and their families themselves, but a lot of these small coastal communities throughout South Louisiana have a large part of their economy wrapped up in the fishing community. It's a major blow to the whole community,” says Patrick Banks, assistant secretary at the Louisiana Department of Wildlife and Fisheries.

Coastal Louisiana isn’t just the place where the region’s native populations, Cajun people, communities formed by freed Black people and more recently Vietnamese and Filipino communities live. The land and water are also integral parts of their lives, their cultures and their traditions.

So, too, are the ways in which they interact with the land and waters of south Louisiana. Fishing and hunting are interwoven into their lives and cultures, as much a way for them to earn a living and feed their families as they are sacred traditions.

But thanks to climate change, the land that holds the sacred traditions of their culture is disappearing before their eyes.

Climate change is accelerating land loss across south Louisiana — the state, today, is losing about a football field’s amount of land every 100 minutes — and since 1950, the sea level has risen by 24 inches near Grand Isle. Experts predict that 30 years from now, sea levels along south Louisiana could be 1.3 feet higher.