Gulf of Mexico
via Bureau of Safety and Environmental Enforcement 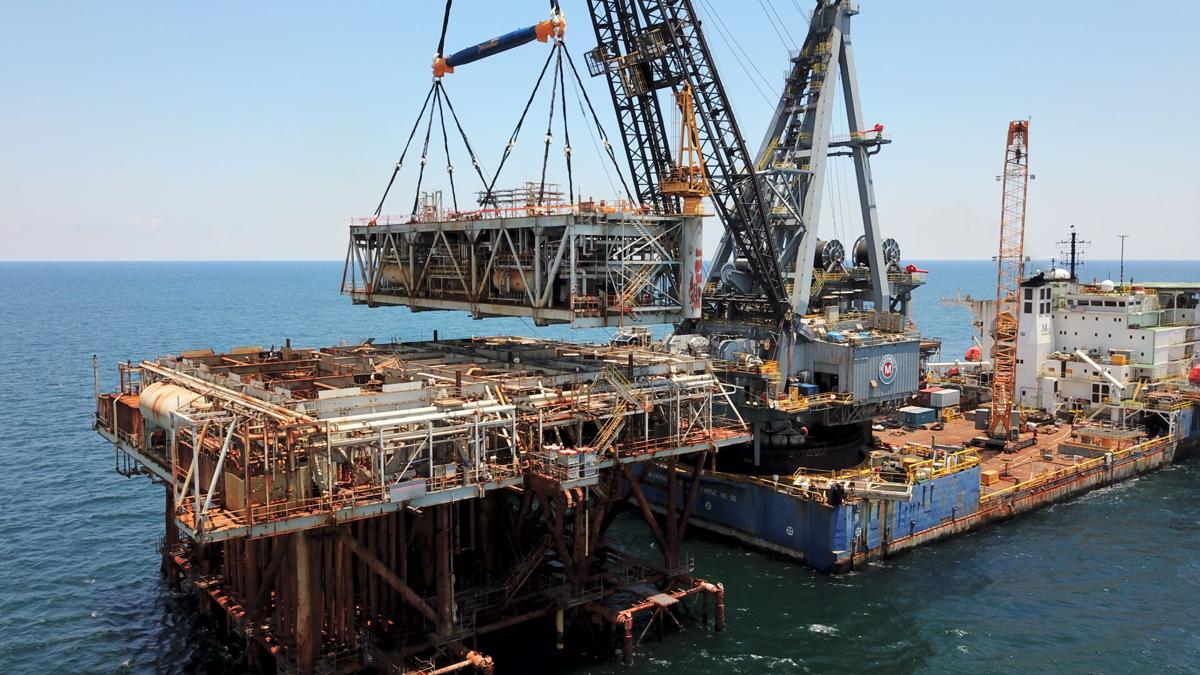 An oil rig taller than the Empire State Building is now undergoing conversion into a habitat-boosting artificial reef about 50 miles south of Grand Isle.

The 1,300-foot Lena Compliant Tower is the tallest of the more than 500 decommissioned oil and gas structures in the Gulf of Mexico to be repurposed as a reef, according to the Bureau of Safety and Environmental Enforcement, the federal agency that regulates the offshore energy industry.

The long metal legs that support platforms offer attractive real estate for corals, sea fans, sponges and algae, which in turn draw a plethora of other species and the types of fish preferred by anglers, including red snapper and jacks.

“Turning decommissioned offshore platforms, like the Lena platform, into thriving reef environments is a game changer for the preservation of different species,” said U.S. Rep. Garret Graves, R-Baton Rouge. The platform’s proximity to Grand Isle, a popular base for recreational fishing, will “elevate the fishing industry and the important economic activity that comes with it.”

While federal policy requires oil and gas companies to dismantle and dispose of infrastructure after they plug non-producing wells, BSEE’s “rigs-to-reefs” program allows some rigs to remain on-site as marine habitats. The majority of the artificial reefs – more than 300 – are in Louisiana waters.