Gulf of Mexico
Power and Water Could Be Out for Weeks After Hurricane Laura in Louisiana. Hundreds of thousands of people in areas hit by Hurricane Laura could go without electricity and water for weeks, as some of the hottest days of the summer move in. via The Weather Channel 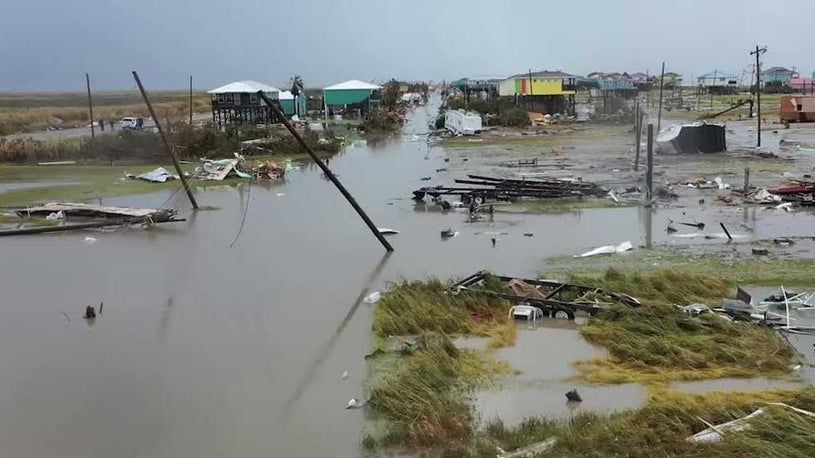 NEW ORLEANS, Sept. 22, 2020 /PRNewswire/ -- Following Hurricane Laura making landfall near Cameron, Louisiana in the early morning of Aug. 27, Entergy Corporation (NYSE: ETR) announced today its utilities have restored power to approximately 910,000 customers who can accept power, or approximately 99% of customers affected by the storm. Crews have restored power to all customers in Texas and are making significant progress in the remaining hardest hit areas of Southwest Louisiana. Hurricane Laura was the strongest storm to make landfall in Louisiana in 164 years and is tied for the fifth strongest to make landfall in the continental United States.

In response to the widespread devastation caused by the storm, Entergy deployed the largest restoration effort ever mobilized in company history with more than 25,000 workers from 31 states. In addition to Entergy employees, the workers came from more than 230 companies, including 24 other electric utilities. These workers included scouts, field workers, vegetation workers and support staff.

"We are proud of the thousands of men and women who are working tirelessly to safely restore power for our customers," said Rod West, Entergy Utility Group President. "Hurricane Laura inflicted catastrophic damage on Entergy's transmission and distribution systems that resulted in approximately 600,000 outages at its peak and impacted more than 900,000 customers in total. Despite the extent of the damage, the teams have made significant progress and expect to restore power to all customers who can take power by Sept. 30."

With the company operating in a high state of readiness and a significant storm workforce in place ready to respond as soon as the storm passed, Entergy's swift restoration and rebuilding efforts have received strong and vocal support from federal, state and local public officials.