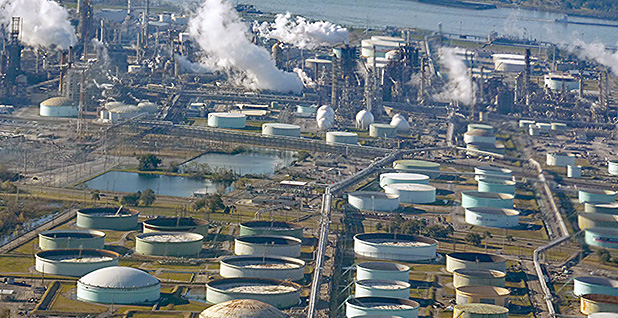 As states plan replacing coal with renewable energy and incentivizing electric vehicles, one Southern state is considering a different strategy to reduce its emissions.

Louisiana joined a growing list of states in committing last year to net-zero greenhouse gas emissions statewide by 2050, a pledge that aligns with President Biden's targets (Climatewire, Aug. 20, 2020). Unlike in most states, however, heavy industry — especially from chemical manufacturing facilities and oil refineries — accounts for more than half of Louisiana's greenhouse gas emissions and 72% of its total energy consumption, according to the U.S. Energy Information Administration.

That raises the question, can Louisiana get there? And can it be a model for slashing emissions from an industrial sector that traditionally has been a challenge to decarbonize?

Many industrial processes are powered by fossil fuels that cannot easily or cheaply be replaced with renewable alternatives. They often require large quantities of high-temperature heat from fossil power, and technologies that would drastically reduce these emissions are still under development, according to the International Energy Agency.

Yet some Louisiana officials and scientists say efforts to curb emissions in the Bayou State could create opportunities to advance carbon capture and sequestration (CCS) and carbon-free hydrogen, which are suitable for industrial sectors, according to multiple analyses, including a recent Princeton University study on federal climate policies (Energywire, Dec. 16, 2020).