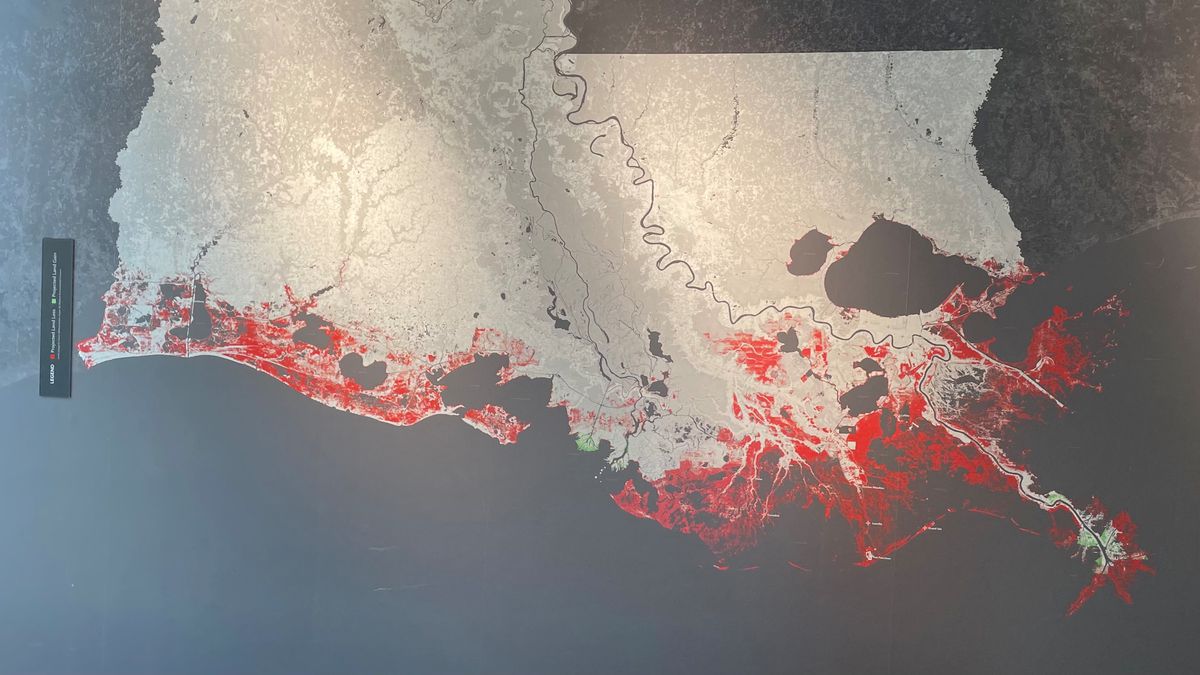 Thousands of years ago, the Mississippi River Delta was formed from sediment deposited from the river. Layers upon layers of sand, silt and clay make up the land that millions of people live and work on today.

But in the past 100 years, Louisiana has lost over 2,000 square miles of land. That’s about the size of Delaware, or the total combined landmass of St. Charles, St. John, St. James, Ascension, East Baton Rouge and East Feliciana parishes.

Man-made levees protect South Louisiana from devastating flooding, but they also prevent the river from depositing sediment to maintain the marshes. Without major action, Louisiana would lose 4,200 square miles of land over the next 50 years, endangering communities and increasing storm surge.

But efforts to halt the erosion are entering a promising new phase over the next four years—one in which the state expects, for the first time since the losses began in the 1930s, to see more land created than it loses. That will come as the Coastal Protection and Restoration Authority (CPRA) shifts from planning massive new dredging and sediment-diversion projects to executing them.

“This is the moment in time in the coastal program that we have been waiting on,” said Chip Kline, the authority’s chairman. “We actually have the political will and the funding necessary to implement these projects that we’ve envisioned for years.”

The biggest is the Mid-Barataria Sediment Diversion project, which will help re-create marshes that will provide storm protection to Plaquemines, Jefferson, Orleans and Lafourche parishes.

The project will replace portions of the Mississippi River levee on the West Bank with large concrete gates that can be opened to allow sediment to flow from the river into depleting wetlands, creating tens of thousands of acres of new land.