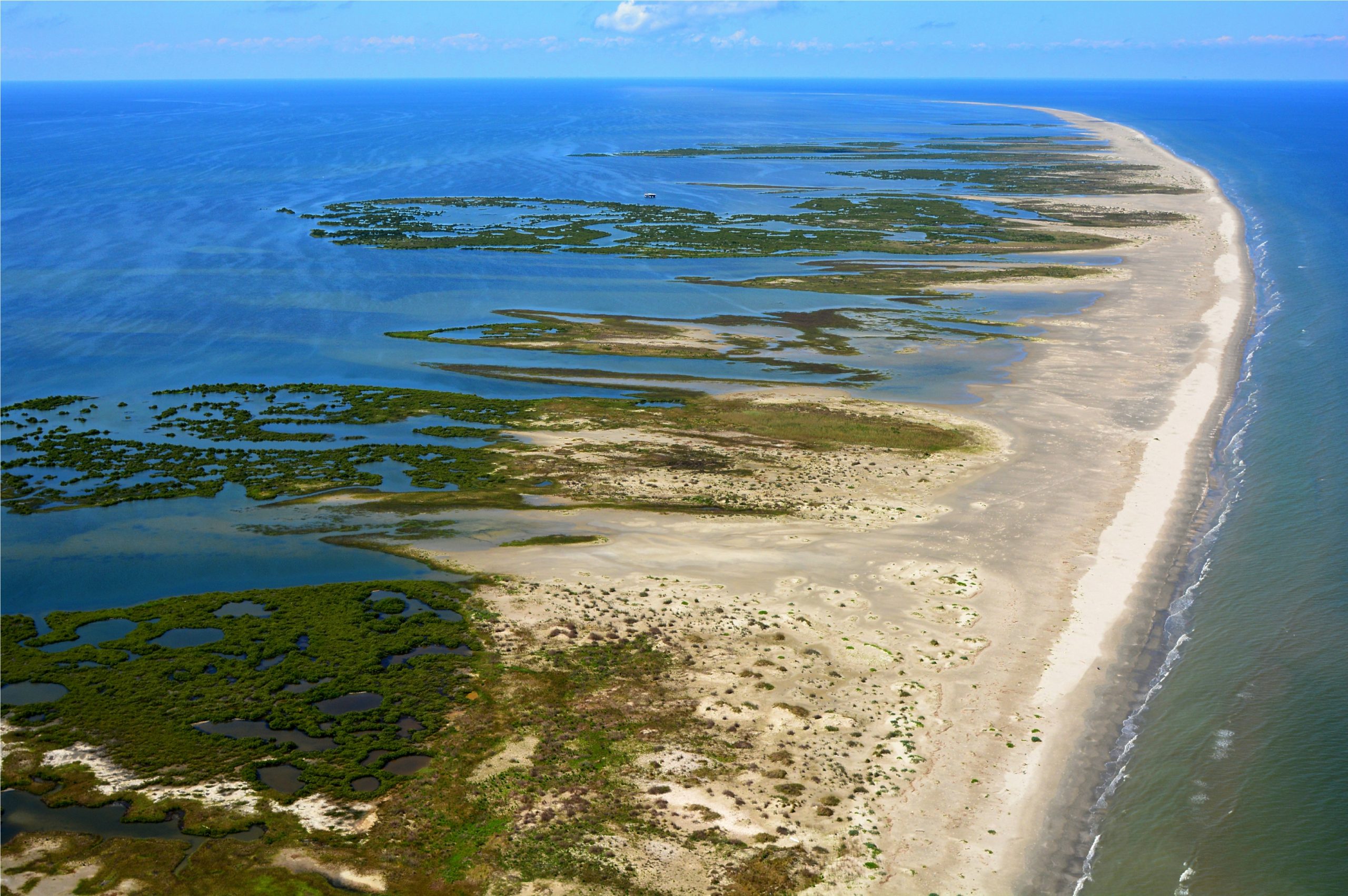 Scientists revist Chandeleur Islands, where they were “floored” by turtle activity this year

Last June, state biologists looking for evidence of sea turtles spotted 53 turtle crawls, the trails in the sand sea turtles leave as they make their way from the Gulf to find a nesting spot.

“When you’re expecting to see maybe four or five in a year, you get up and there are so many crawls in a single day and the plane is doing donuts and you’re trying to write notes, and somebody’s hollering, ‘there’s another crawl,’ it was pretty chaotic,” said Todd Baker, a project manager for the Coastal Protection and Restoration Authority,

Baker said he was “floored” by the level of activity, which included nesting Kemp’s Ridley sea turtles, the first time in 75 years anyone had documented that highly-endangered species nesting on a Louisiana beach.

“It’s just awe-inspiring and it just makes you want to protect it, even more, to come out here and experience it,” said Amanda Moore, deputy director of the National Wildlife Federation Gulf Program.

The roughly 50-mile-long Chandeleur Island chain was once spread over 11,000 acres.

Today, the U.S. Fish and Wildlife Service estimates only about 10 percent of remains in this part of a sinking delta, formed when the Mississippi River ran through St. Bernard Parish 2,000 years ago.

A series of hurricanes, including Georges and Katrina, have torn the island chain to shreds in recent decades.

“Anytime you have a high water event for any period of time, it starts to take a great toll on these islands,” said Neil Lalonde, program director for the U.S. Fish and Wildlife Service’s Southeast Louisiana Refuges system.

Some engineers theorize the islands, now so remote, no longer serve as much hurricane protection, but others note the seas are still calmer on the bay side of the island.

“That obviously shows you how these islands mitigate storm surge,” said Kristi Trail, Executive Director of the Pontchartrain Conservancy.

Sea turtles, which were heavily impacted in the 2010 Gulf of Mexico oil spill, seem to be staging something of a comeback on the Gulf Coast.

Scientists have also observed more nesting activity on beaches in Alabama and Mississippi. prompting speculation it could represent a recovery from the spill.

“Certainly, we hope so,” Baker said. “The problem with this is we don’t know how many were here before. They certainly didn’t all 53 show up this year.”

On a recent trip to the island, biologists spotted a small depression in the sand behind a pile of shells, a tell-tale signed for a trained eye of turtle activity months earlier.

They later confirmed the nest had contained 100 eggs, 75 of which hatched successfully prior to their visit.

Dianne Ingram, the lead biologist with the Fish and Wildlife Services’ turtle recovery program, cautioned it is too early to draw conclusions about the state of turtles in the Gulf.

“The jury is still out because of the life cycle of a turtle,” Ingram said. “They don’t lay nests until they’re 20 or 30 years old.”

CPRA, which was already working on a possible restoration of the Chandeleur Islands, has secured $8 million in Gulf spill restoration funding for design and engineering.

However, a full-fledged restoration could run a few hundred million dollars.