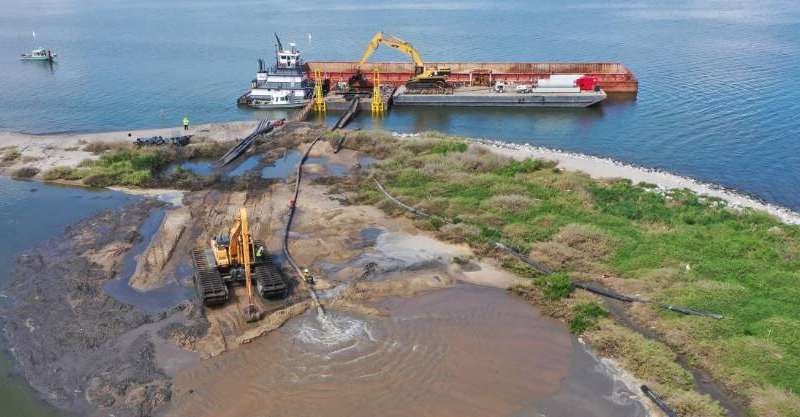 Louisiana has lost more than half its brown pelican colonies in the past decade. Using fines from the spill, an important island habitat gets a makeover.

Todd Baker was anxious. It was late February 2020, and the pelicans still hadn’t returned. Three weeks earlier, Baker, a biologist with the Louisiana Department of Wildlife and Fisheries, had stood in a hard hat and yellow fluorescent construction vest among a string of dignitaries as Louisiana governor John Bel Edwards declared Queen Bess Island restored.

“There were lots of high fives and handshakes,” Baker said. “But I wasn’t ready to celebrate yet.” Not until the pelicans showed up.

Queen Bess Island is a wisp of sand in Barataria Bay northeast of Grand Isle, a two-hour drive south of New Orleans. As one of the largest brown pelican colonies in Louisiana, it’s a crucial nesting ground for the species. Last year, after years of hurricanes, coastal erosion, land subsidence hastened by oil and gas extraction—and fouling in 2010 by the largest oil spill in U.S. history—it had become so degraded that nesting pelicans were able to use only five of its 37 acres.