Gulf of Mexico
via The Louisiana Coastal Protection and Restoration Authority 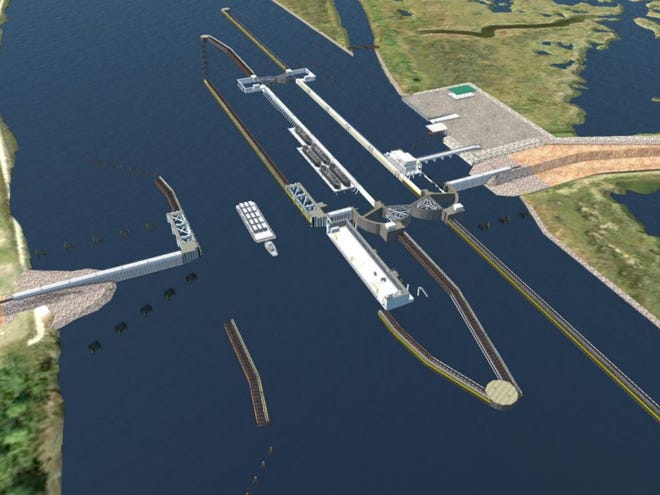 State officials announced today that construction is moving forward for a major flood-protection lock in the Houma Navigation Canal.

The $366 million lock serves as the linchpin to Terrebonne Parish’s hurricane-protection system and aims to protect Houma and other inland communities from Gulf of Mexico storm surges.

The Louisiana Coastal Protection and Restoration Authority said it is paying for the project using an alternative financing plan that was approved by the State Legislature earlier this year. The plan allows CPRA to incur debt or issue bonds to pay for flood-protection projects.

The project recent won final approval from the RESTORE Council, which oversees distribution of billions of dollars in fines and penalties paid by BP and other companies involved with the 2010 Deepwater Horizon oil spill in the Gulf of Mexico. The money is designated by law to repair environmental damage to Gulf states.

The alternate payment plan will provide money during the second phase of construction until CPRA receives the RESTORE payments, officials said. Officials anticipate Phase 1 of the project to begin next year and Phase 2 will start in 2022.