Gulf of Mexico
Rows of pipes outline where the marsh has turned to open water in Barataria Bay on March 9, 2018. Louisiana proposes a $2 billion project to restore some of the marsh. 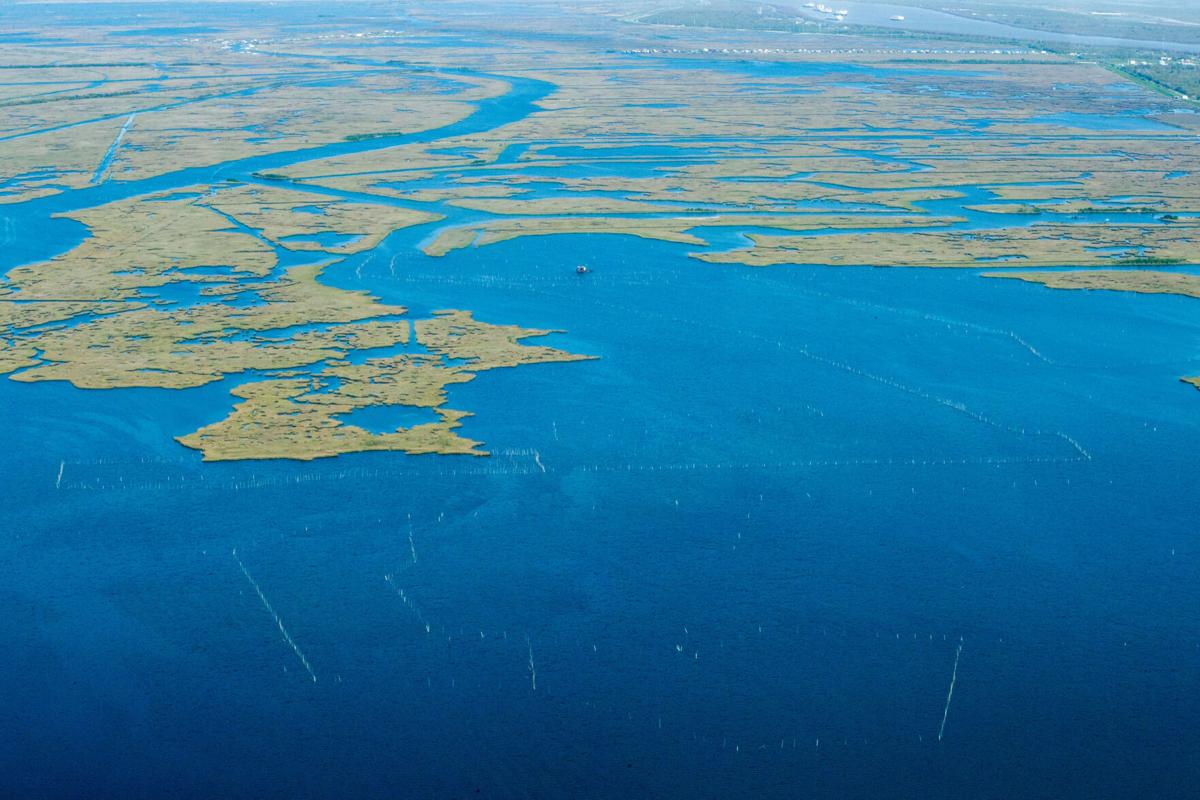 Should Louisiana's $2 billion Mid-Barataria Sediment Diversion project be built, at full capacity it could move 40,000 tons of clay, silt and sand per day from the Mississippi River into the degraded wetlands and bays off Plaquemines Parish's west bank. That's more than triple the weight of the Eiffel Tower, and all that new sediment is bound to compress the mud and earth beneath it, causing an even faster sinking of the very land that Louisiana is trying to save.

But two new academic studies suggest the river diversion will likely outpace the rapid subsidence rate and build land faster than it sinks.

"What both studies show is that despite this accelerated subsidence that happens due to renewed deposition, ... there are still significant areas that can see a pretty decent amount of elevation gain," said Torbjörn Törnqvist, a Tulane University geology professor who co-authored the studies.

The new findings help to build the case for constructing large-scale sediment diversions, a cornerstone of the state's 50-year, $50 billion plan to restore a portion of Louisiana's lower third amid a longstanding land loss crisis exacerbated by global warming and the rising sea. Much of the state's Coastal Master Plan centers on building land through dredging, using pipelines to transport sediment from one location to another, but diversions mimic how the Mississippi River built Louisiana: sending sediment-rich water beyond the river's banks to fill areas nearby.

The new studies ran in parallel. One looked at a site near Myrtle Grove, the location of the planned Mid-Barataria Sediment Diversion, and the other focused on land growth around the head of Bayou Lafourche, near modern-day Donaldsonville. The research aimed to understand how much the increased sediment load affects subsidence, a natural process in which land gradually sinks, and how that in turn affects the development of a delta.