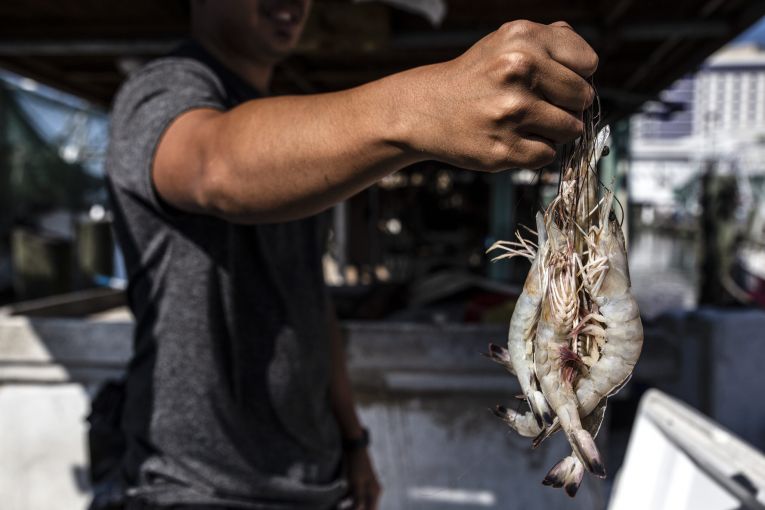 BILOXI – Danny Ross, an Ocean Springs shrimper, has been on a boat for as long as he could walk. He remembers driving the family vessel as a kid, having to climb onto the dashboard to see over the steering wheel. “Two spokes to the left,” his dad would direct. He remembers, back on land, getting bad grades in art class because he would only draw one thing.

“I’d draw a pretty good boat too,” he said. “Me and my brothers were always on the boat. The rigging, the pipes – that was our jungle gym. And our swimming pool? The boat would be shrimping and we’d be diving off the bow, catching ropes on the outrivers.”

Ross, 55, recently tied up his boat after a disappointing season that saw fresh water kill 56 percent of Mississippi’s shrimp. The plummeting price of shrimp has made it difficult for Ross to find crew members, and instead he’s gone to work on another captain’s boat. After following five generations of fishermen into the business, he’s worried about the direction the industry is headed in.

“All these people, they came over here as immigrants, and they built fishing boats. Now, there’s nobody left to step into my shoes,” Ross said.

Mississippi’s shrimp fleet has dwindled over the last 20 years, largely due to cheaply imported shrimp that’s forced domestic fishermen to lower their prices. Over the ten years between 1973 and 1983, around the time Ross entered the trade, Mississippi shrimpers averaged $4.69 per pound for their catch when adjusted for inflation. By 2007 to 2017, that number dropped nearly 60 percent to less than $2 per pound. For a full-time shrimper, that’s a difference of tens of thousands of dollars each year.

Adding to the frustration is the increasing frequency of natural disasters. In 2005, Hurricane Katrina took out many of the boats in the Gulf Coast’s fleet, including Ross’. Hurricanes Gustav and Ike came three years later, causing over $10 million in damage to the industry, and several Bonnet Carré spillway openings since have repeatedly shaken the water quality in the Mississippi Sound to the point where species died or had to evade the Coast.

Listen to ASPN Podcast, "Down Deep in the Delta: The Complicated & Inspiring Social Fabric of America's Third Coast"