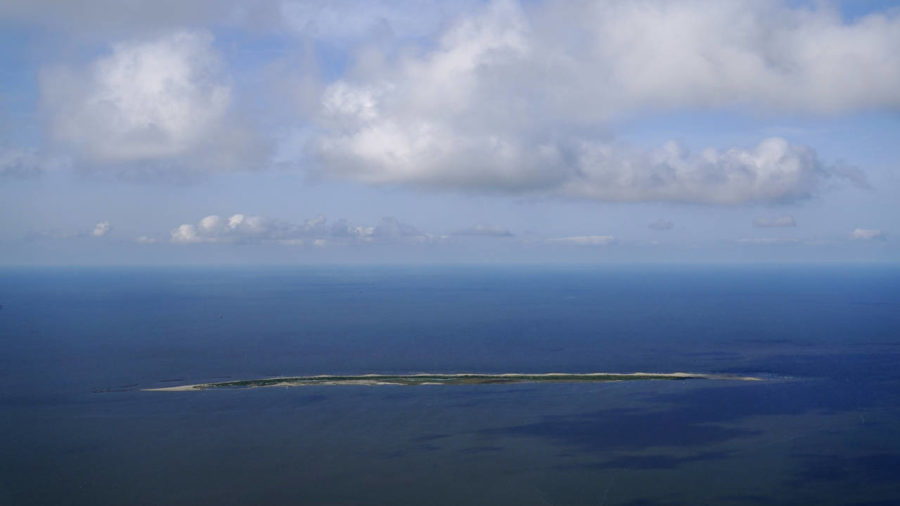 Sliding off the side of her small boat, seabird biologist Bonnie Slaton wades through waist-high water, brown pelicans soaring overhead, until she reaches the shores of Raccoon Island.

During seabird breeding season, the place is a raucous symphony of noise and motion — and one of the few remaining refuges for the iconic pelicans.

The crescent-shaped island is the final sliver of land separating Louisiana from the Gulf of Mexico — a natural speed bump against storms that roll in from the sea. An hour’s boat ride from the mainland, the barrier island’s remoteness allows birds to nest on mangroves and sandy beaches a safe distance from most predators.

A dozen years ago, there were around 15 low-lying islands with nesting colonies of Louisiana’s state bird. But today, only about six islands in southeastern Louisiana harbor brown pelican nests — the rest have disappeared underwater.

“Louisiana is rapidly losing land,” said Slaton, a researcher at the University of Louisiana at Lafayette. “Subsidence and sea level rise are a double whammy.”

The vanishing islands threaten one of the last century’s most celebrated conservation success stories — the decades-long effort to bring the pelicans back from the edge of extinction.

On land, brown pelicans are clumsy-looking birds, their huge beaks and wings lending them what Slaton calls a “goofy” air. But soaring low over the ocean, their wingtips skimming the water, pelicans are streamlined and majestic.

The same forces swallowing up these coastal islands are also causing southern Louisiana’s saltwater marshes to disappear faster than anywhere else in the country. Scientists estimate Louisiana loses one football field worth of ground every 60 to 90 minutes.

Visiting a seabird colony is like entering the hustle and bustle of a busy city, with neighborhoods of birds loosely grouped by species — pelicans, terns, egrets, spoonbills and gulls, all ferrying meals to chicks.