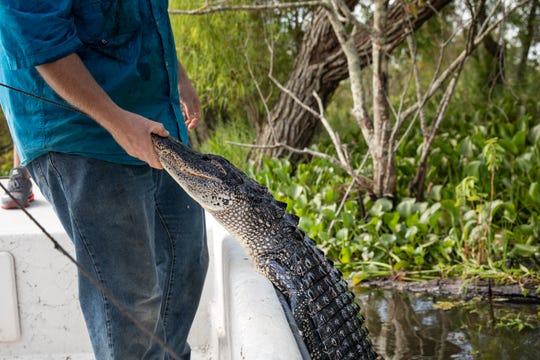 Stephen Sagrera remembers the first time he saw one. The Vermilion Bay marsh went silent as his father cut the boat motor. In front of them, a craggy, reptilian head glided across the canal with the grace of a creature that’s dodged extinction for 35 million years.

‘When I was a kid, if you went out in south Louisiana with a boat, it was a big deal to see an alligator,’ Sagrera said.

At this point in the Holocene Epoch ” specifically, the early 1970s ” alligators were as close to extinction as they had ever been. Their skins had been used to make saddles and boots for Confederate troops, and overfishing in subsequent decades led to nearly 4 million gators being pulled from Louisiana bayous from 1880 to 1960.

The Louisiana Department of Wildlife and Fisheries scratched hunting season off the calendar in 1962, and by the time a young Sagrera spotted one, the animal had been on the endangered species list for five years.