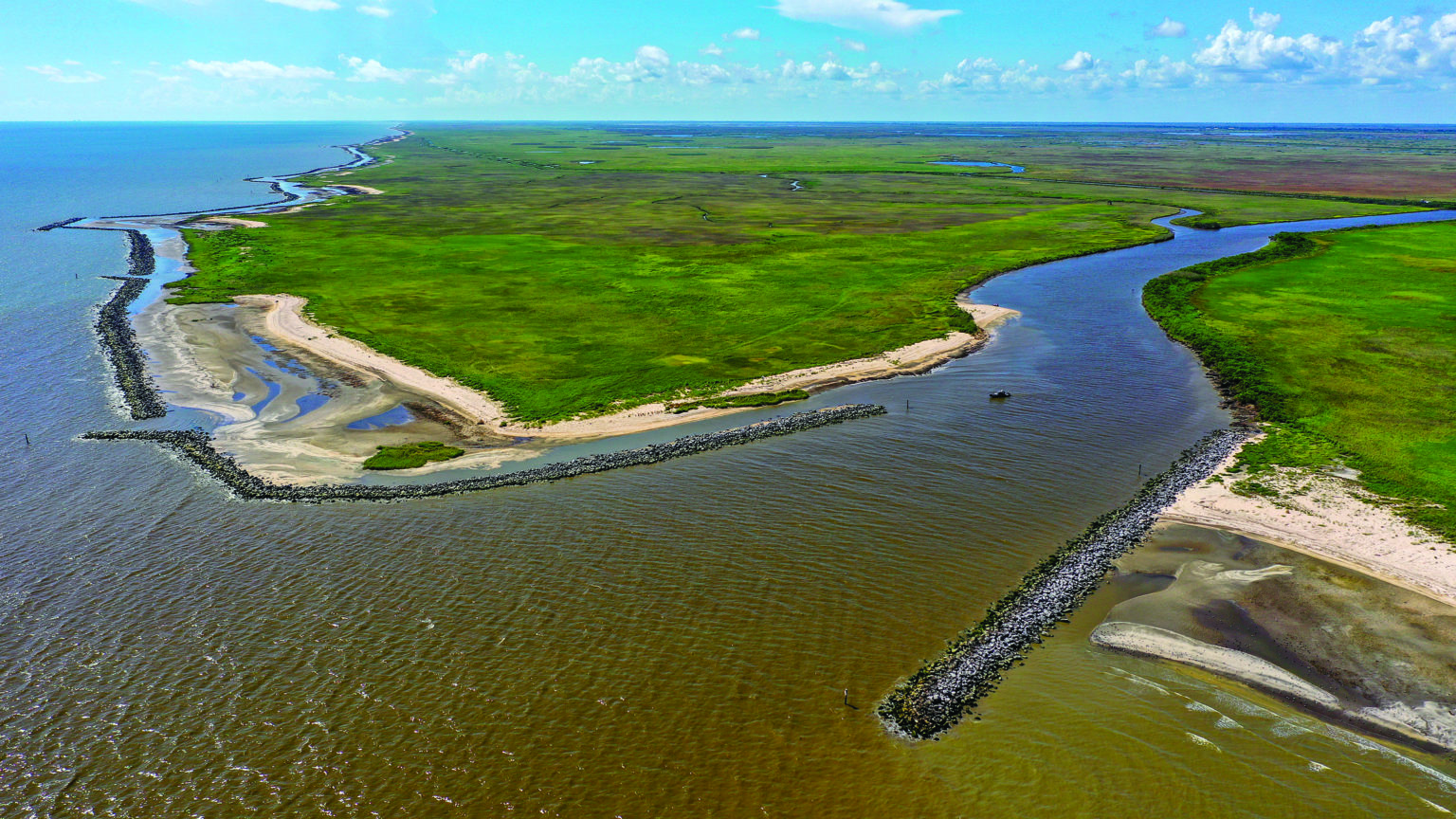 A series of breakwaters to protect a coastal wildlife refuge in southwestern Louisiana incorporated an innovative, lightweight design. Despite extremely poor soils and ongoing erosion that kept changing the shoreline throughout the project, the breakwaters are already showing dramatic results.

The Rockefeller Wildlife Refuge in southwestern Louisiana, which borders the Gulf of Mexico for 26.5 mi, is disappearing at an increasingly rapid rate. When it was created in 1920, the refuge originally encompassed 86,000 acres of biologically diverse coastal wetlands in Cameron and Vermillion Parishes. But over time, ongoing coastal erosion has reduced the refuge to 71,000 acres.

Twenty years or so ago, a key 9.2 mi stretch of the refuge was losing about 50 ft of land per year, notes Phillip “Scooter” Trosclair III, a biologist program manager for the Louisiana Department of Wildlife and Fisheries, which manages the refuge. The rate of loss in that region increased to around 70 ft a year, then 100 ft, and then by 2016 surveys indicated that more than 300 ft of land had disappeared in a single year, Trosclair says. People worried that “if we keep getting hit with this pattern, we’re not going to have any land left,” Trosclair recalls.

But even as the refuge seemed in greater danger, a solution was already in the works. When erosion losses started to accelerate around 2000, the Rockefeller Refuge Gulf Shoreline Stabilization Project was taking shape. Implemented by the Louisiana Coastal Protection and Restoration Authority and the National Marine Fisheries Service — the local and federal sponsors, respectively — the stabilization project focused on that heavily eroding 9.2 mi long section of the refuge, which is located entirely in the Cameron Parish portion of the site. Known as ME-18, according to its designation under the Coastal Wetlands Planning, Protection, and Restoration Act, the stabilization project is a $33 million-plus effort to protect the refuge shoreline by constructing a 4 mi long series of breakwaters.