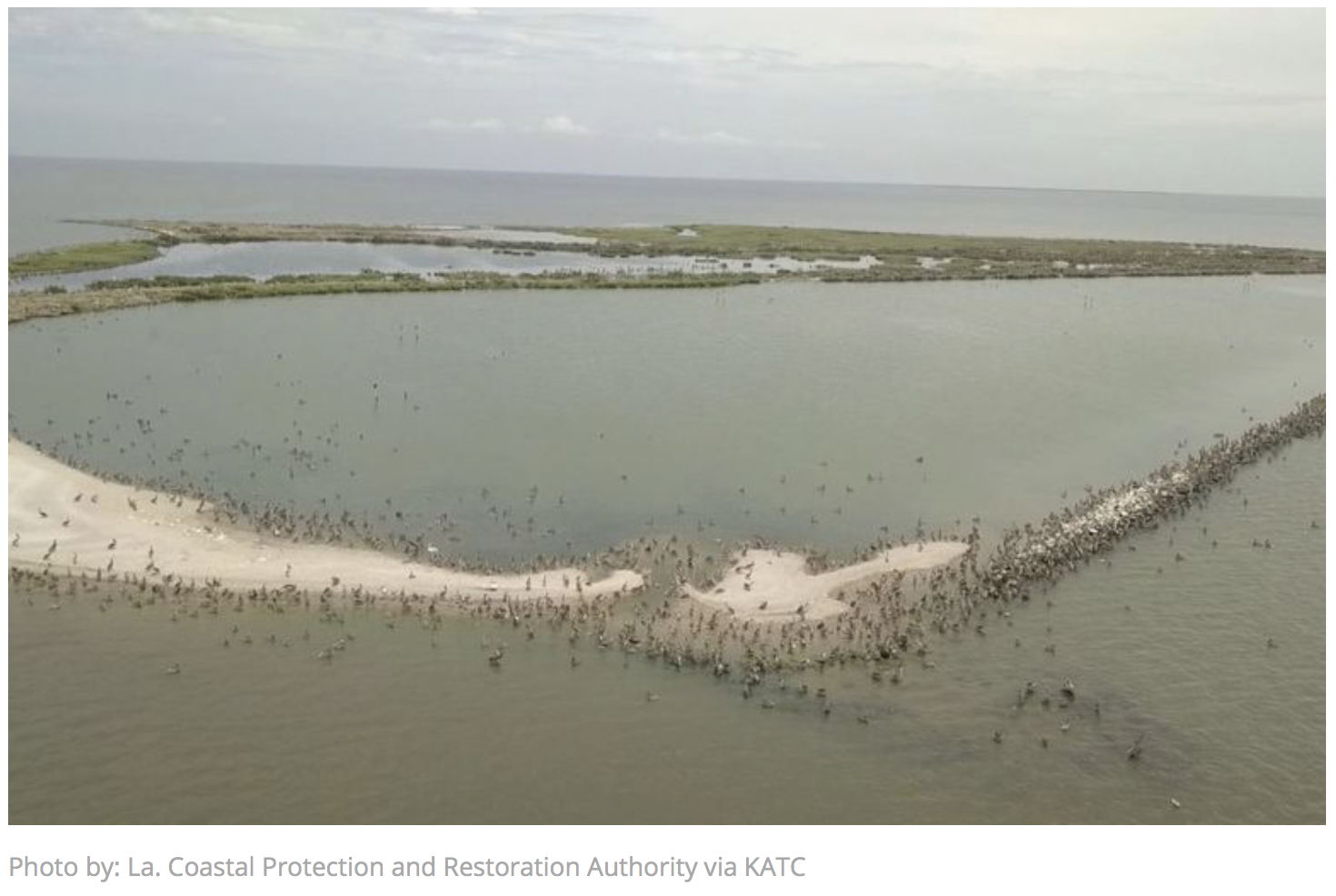 NEW ORLEANS (AP) — A Louisiana island that provides a crucial nesting ground for pelicans and other seabirds is being restored to nearly its former size after decades of coastal erosion and the devastating blow of an offshore oil spill 10 years ago.

About 6,500 brown pelicans and 3,000 smaller seabirds cram their nests every summer onto Queen Bess Island, which shrank from 45 acres (18 hectares) in 1956 to about 5 acres (2 hectares) by 2010 when the Deepwater Horizon spill fouled its beaches with oily gunk.

Though barely a blip of an island off the Gulf of Mexico in Barataria Bay, Queen Bess plays an outsize role as one of Louisiana’s largest rookeries for brown pelicans, supplying prime real estate for up to a fifth of the state’s nests. It’s also where the pelican, the Louisiana state bird, was reintroduced in the 1960s after pesticides had killed off the entire population.

Loss of coastal wetlands and other problems have crowded the big birds into far fewer colonies than they had two decades ago, according to Todd Baker, the biologist supervising restoration work for the Louisiana Department of Wildlife and Fisheries. The number of colonies has fallen 54 percent since 2010, he said.