Gulf of Mexico
A ship passes as the U.S. Army Corps of Engineers open the Bonnet Carre Spillway for the fifth time in the past five years as the Mississippi River rises. Sophia Germer / The Times Picayune | The New Orleans Advocate 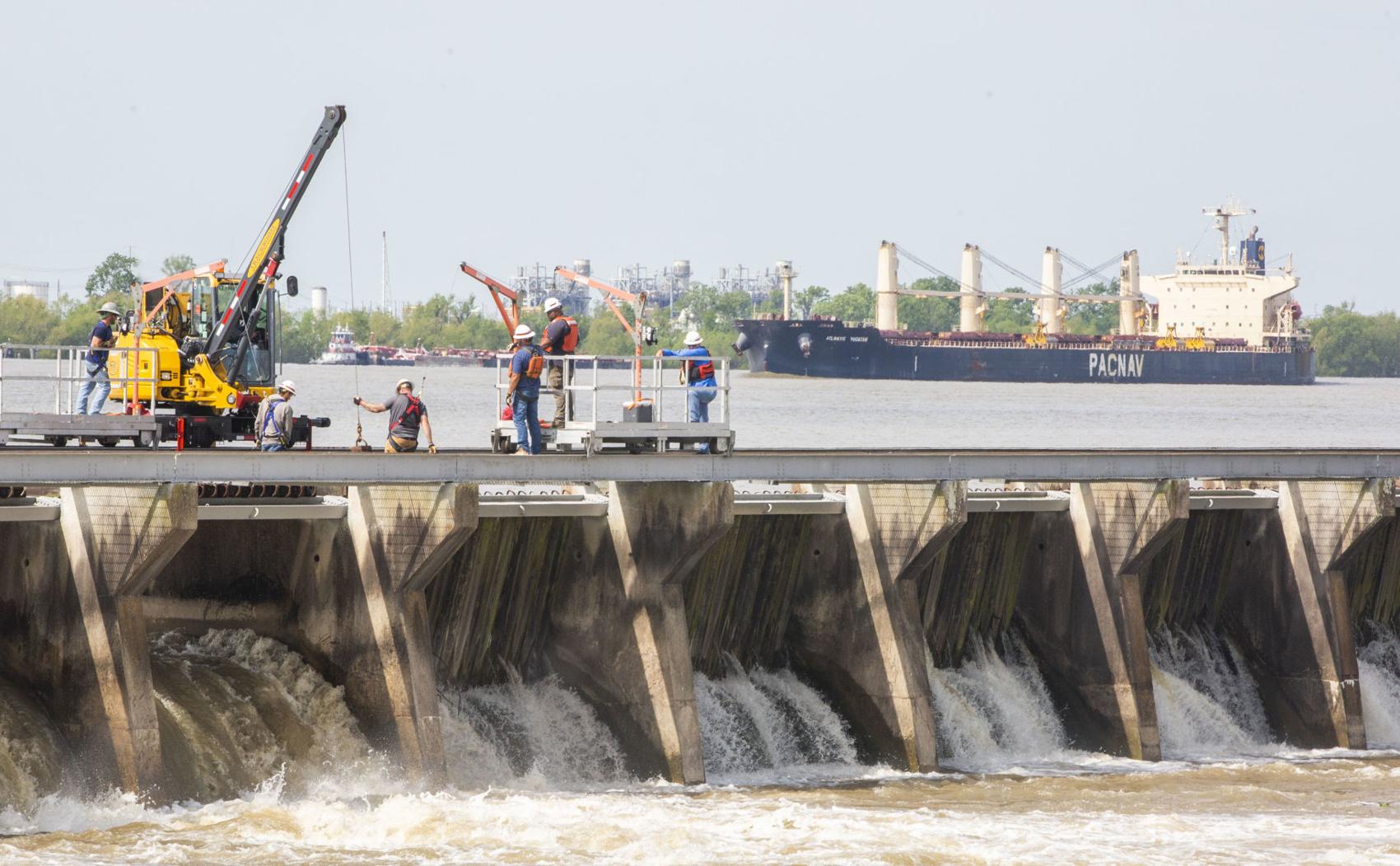 LA -Blakeview: The Bonnet Carre Spillway was dedicated 85 years ago this month

Last week in this space, we wrote about the 85th anniversary of an engineering marvel, the Huey P. Long Bridge. This week, we focus on another civil engineering feat, the Bonnet Carre Spillway, which also was completed 85 years ago this month.

The spillway was designed and built after the 1927 flood that devastated more than 27,000 square miles of land in the lower Mississippi River valley, displacing 700,000 people. The Flood Control Act of 1928 authorized the U.S. Army Corps of Engineers to design projects to prevent such flooding.

One of them, the Bonnet Carre Spillway, located 30 miles upriver from New Orleans in St. Charles Parish, was designed to divert Mississippi River water away from the city and into Lake Pontchartrain. Work on the $313 million project began in 1929 and was completed in December 1935.

The one and a half mile long concrete structure consists of 350 bays holding 7,000 removable wooden timbers called “needles.” To alleviate river flooding, the needles are raised and lowered by a crane running alongside the structure. The water entering the spillway is then channeled to the lake by guide levees.

The Bonnet Carre was first opened in 1937. Since then, it has been opened 14 other times, the most recent being earlier this year.