Gulf of Mexico
Part of Venice, La., and behind it part of the area where the state Coastal Protection and Restoration Authority is building 7 miles of marshes and ridges on July 21, 2022. The straight line that zigzags at the right will be part of a ridge, relatively high ground where trees will be planted.Janet McConnaughey/AP 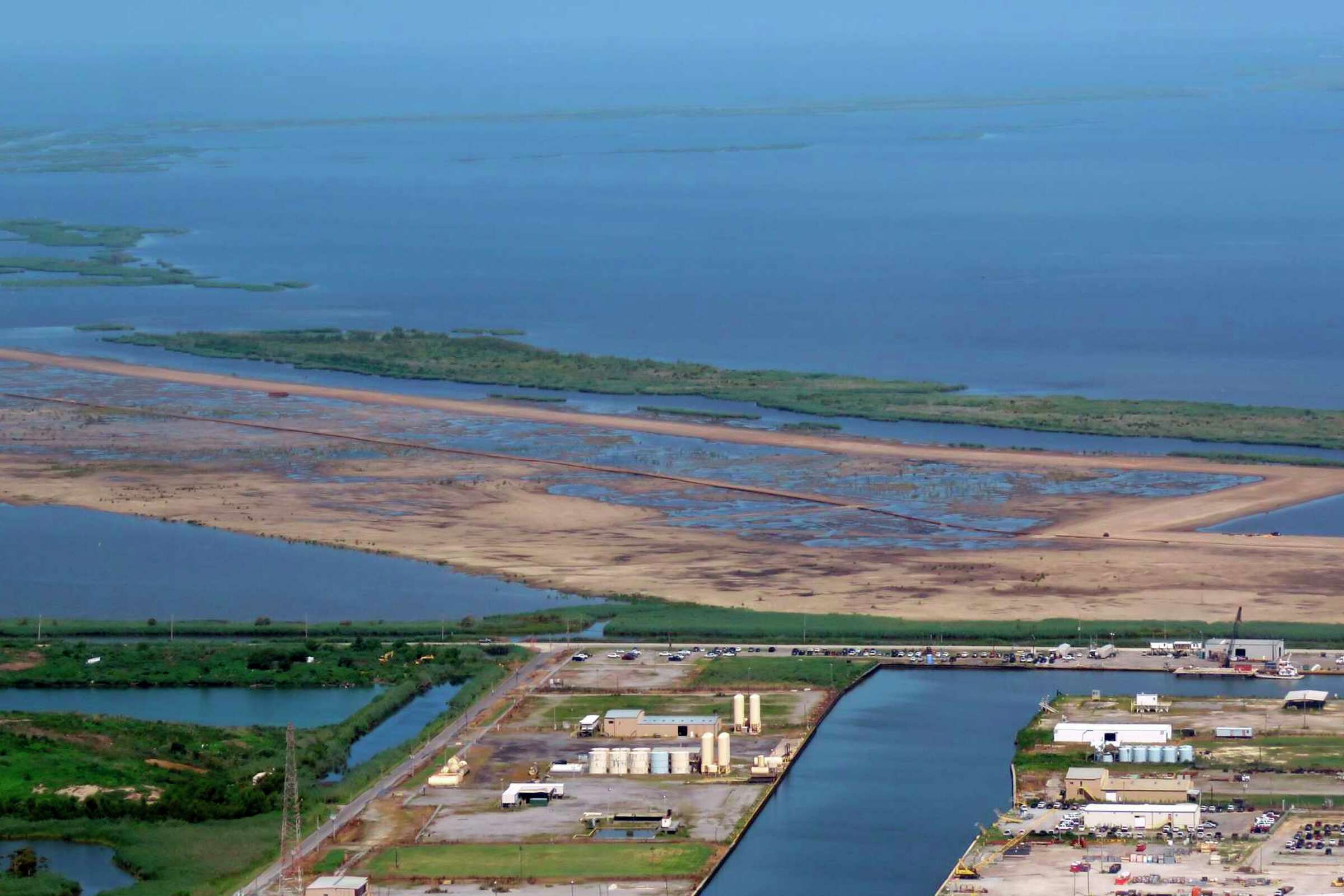 BELLE CHASSE, La. (AP) — Louisiana has completed one of its biggest coastal restoration projects yet, and is at work on even bigger ones.

The dredge used to suck up sediment from the Gulf of Mexico to add 1,000 acres (405 hectares) of habitat to sites in the Terrebonne Basin is now at work in the Mississippi River, doing the same for a 1,600-acre (650-hectare) project that's further east and named for a historic Plaquemines Parish outlet called Spanish Pass, officials said last week.

“These are key examples of our frontline defense” against hurricanes, said Bren Haase, executive director of the state Coastal Preservation and Restoration Authority.

They had been eaten away by erosion and subsidence — and by sea level rise, which, like hurricanes, is made worse by climate change.

On Tuesday, the authority announced completion of another project — the addition of about 256 acres (104 hectares) of beach and dune and 143 acres (58 hectares) of marsh on West Grand Terre Island.

The fragility of the wetlands fringing Louisiana's coast was illustrated less than a minute by seaplane from the project's west end. In that spot, trees grow in parallel lines on relatively high ground in open water. They mark the banks of canals dredged through marshes that no longer exist.

The state's biggest restoration project so far was 1,200 acres (485 hectares) completed in 2010 in the upper Barataria Basin, the authority's deputy director, Greg Grandy, said in an email. And work began in January on the nearly 2,800-acre (1,100-hectare) Lake Borgne Marsh Creation project near Shell Beach in St. Bernard Parish.