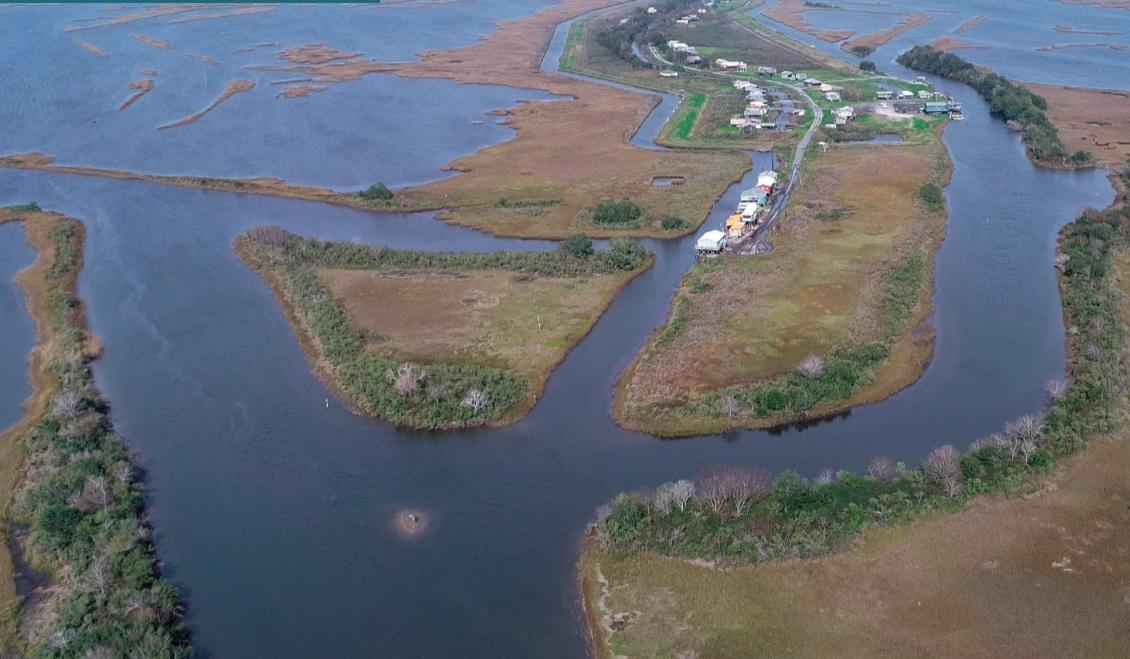 It’s all but assumed this island will one day disappear beneath the waves.

Perhaps the water will only cover the road, leaving Isle de Jean Charles a Venetian ghost town in Cajun country. Maybe the water will rise higher, or the island will sink lower, and only rooftops will be visible to passing boats and those wondering what used to be here.

By then, those who could say will no longer be around to tell. At least, that’s the plan.

The state of Louisiana is three years into an ambitious $48 million plan to move Isle de Jean Charles residents northward onto the mainland. Most are French-speaking members of the Isle de Jean Charles Band of Biloxi-Chitimacha-Choctaw Tribe, 1 a group of interrelated and indigenous descendants of tribes whose ancestors fled the Trail of Tears and found refuge in the bayous.