Gulf of Mexico
A home destroyed by Hurricane Laura in Cameron Parish, La., on Sept. 5, 2020. In coastal Cameron Parish, residents’ deep bonds to the community are being tested by an exhausting reality. Emily Kask / The New York Times 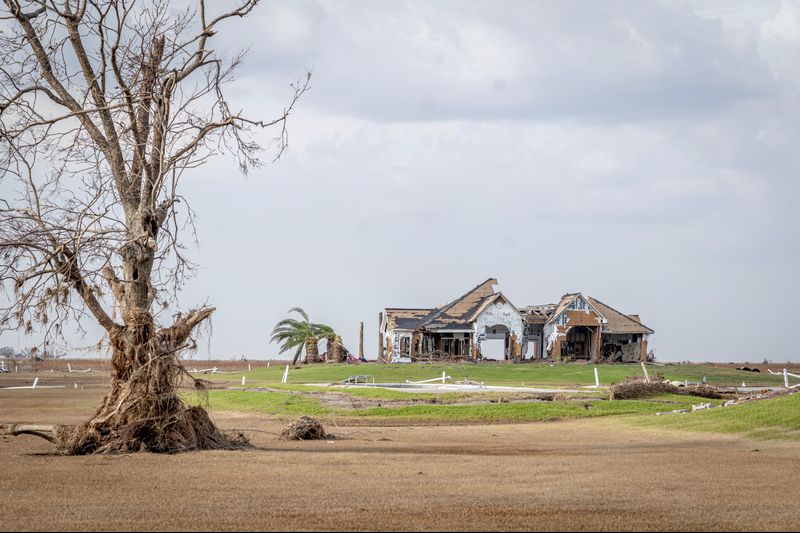 LA - After Storms, They Built Higher. They Dread Doing It Again.

The grocery store she owns with her husband had been ransacked by a wall of water, its contents a mangled mess blown onto the gravel parking lot. Her home — which had been rebuilt after an earlier hurricane and lifted 14 feet, 9 inches off the ground — was nothing but posts and a cement slab.

On a recent sweltering afternoon, her thoughts drifted back 15 years. She remembered how wrecked she felt after Hurricane Rita, how excruciating it was to see how her community had been the battered target of storm surge and pulverizing winds. She remembered how easily the tears came.

This time, she was just tired.

“We have this,” said Canik, sitting in the shade outside the damaged feed store she and her husband, John, bought after Rita and turned into a market selling fresh meats, produce and soft serve ice cream.

There was a time, she said, when leaving the parish had been inconceivable. Now it felt possible.

Canik has lived for decades in Cameron Parish, but exasperation was tugging at her. Similar frustrations weighed on just about everyone in this coastal community, a vast and sparsely populated spread of marshy terrain in Louisiana’s southwest corner that has been hit by three epic hurricanes since 2005.

This week, residents were watching the forecasts yet again as Tropical Storm Beta dumped some 18 inches of rain in parts of Texas and briefly had the parish squarely in its path.

Cameron Parish is tightknit and insular, a place where family wealth was often held in parcels of land handed down one generation to the next. But those bonds are being tested as a changing climate has barraged the Gulf Coast with storms that have been more frequent and more furious.

Now, in the weeks after Hurricane Laura submerged neighborhoods, obliterated businesses and unearthed coffins, many residents have begun agonizing over what feels like an impossible choice: Rebuild yet again or this time leave for good.